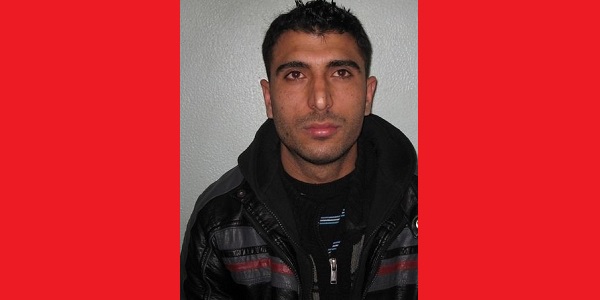 POLICE ARE looking for Parminder Thindh, 36, who is described as 5ft 8ins tall and of medium build. They want to speak to him in connection with a sexual assault which took place on a bus in Manor Park, Newham, last July.

It was around 8.15am on 7th July when a 12 year old girl got on to a westbound Route 101 bus from Manor Park. She did not take a seat. Near Ruskin Avenue, a man got on to the bus and he stood next to the girl. As the bus began to get more crowded, he allegedly began to touch her – without looking directly at her.

The girl decided to stop this unwelcome behaviour. As the bus got to the stop before the one she wanted to go to, she pushed the man’s hand away and she got off the bus, a stop early.

Detective Constable Lee Warrington from the Child Abuse and Sexual Offences Command said, “We would like to talk to the man pictured about this sexual assault which left the young victim extremely distressed. Sexual assaults are totally unforgivable and we will always investigate these types of offences thoroughly. If you know how we can reach Mr Thindh, we would like to hear from you.”

•Anyone who has seen Mr Thindh since 7th July or who knows where he is now is asked to contact the Child Abuse and Sexual Offences Command on 020-8217 6571 or via 101. Alternatively, you can call Crimestoppers on 0800-555 111, where you can give information anonymously.