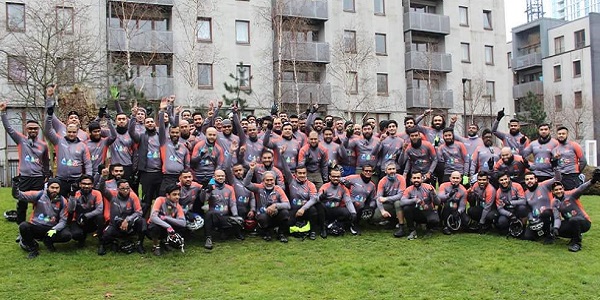 The charity cycle from London to Margate involved riders raising awareness and funds for the vital services of Whitechapel-based deaf charity Al Isharah.

The ride also commemorated the founding of England’s first public institution for deaf children, which started in London in 1792. The School opened a branch in Margate (in August 1876) and later on moved its entire operation from London to Margate.

He said, “Most of it was pure adrenaline and the fact that we had such a strong team to help each other along the way was a total bonus. It’s fantastic what we have achieved today.”

Al Isharah fundraising manager Menar Khan added, “I cannot begin to describe how helpful to our cause the efforts of all the riders today will be. Al Isharah is a small charity and our work is fully dependent on the goodwill of our community. On behalf of Al Isharah I would like to extend my warmest regards to Hope & Knowledge Cycle Club as well as all our riders for such a terrific group effort today.”

•To make a donation to Al Isharah, go to:
https://www.justgiving.com/campaigns/charity/al-isharah/deafride