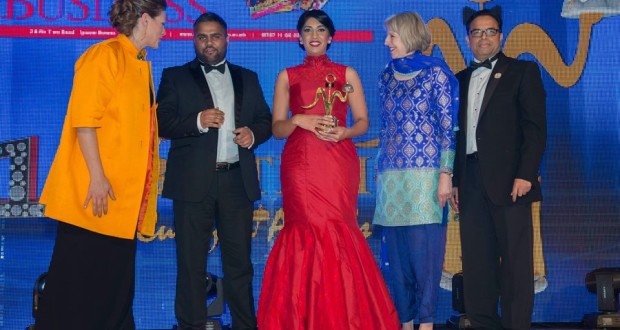 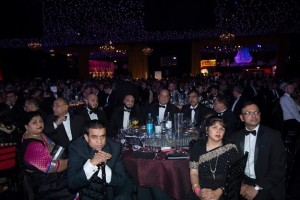 The British Curry Awards reached their milestone tenth birthday on 1st December with a star-studded awards ceremony at the Battersea Evolution. The event was packed with over 1,700 representatives of the curry sector of the catering industry and its celebrity admirers from the private and public sectors – making the night a viable contender for the honor of being the biggest and best event in the UK hospitality calendar.

The event began with Prime Minister David Cameron’s video message congratulation the Asian community for their contribution to Britain’s £3.6 billion curry industry – the community is, very literally, the making of it. “Britain’s curry industry is not just a great example of the incredible contribution of our Asian communities. The way curry is loved by everyone is a great example of our whole country coming together,” he said.

Home Secretary Theresa May, was present in person as the guest of honour. Wearing a glitter-strews dress in her party colours (peacock blue), she told the guests, “The success of the British curry industry is about much more than your tremendous economic contribution to this country. It’s about the way you’ve become so much a part of the British way of life. Your businesses are as much loved and familiar as the local pub.” Neither of them mentioned whether Eric Pickles agrees! 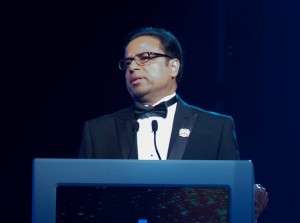 Other guests included news reporters Rageh Omaar and Krishnan Guru-Murthy, comedian Hardeep Kohli, Italian-British lawyer Nancy Dell’Olio, former England goalkeeper David Seaman and radio presenters Nihal and Adil Ray. Singer Navin Kundra took to the stage with a special performance and Kate Silverton entranced the guests as hostess for the evening. Enam Ali, explained why he had founded the Awards: “I thought we would like to recognise the unsung heroes. They’ve done so much for this country to change the public perception of the curry. And I thought we haven’t got anybody to say, ‘Thank you. You’ve done well!’” And Mr Ali’s comments linked the spirit of the evening with the star guest: a splendid banquet celebrating the very skills the awards were honouring. The banquet began with tandoori salmon and continued with methi chicken and lamb biryani before concluding with badam kulfi, gajar ka halwa, and rasmalai.

Finally it was time to name the individuals and businesses who, this year, have been the best of the best of a very good bunch. Shams Uddin Khan received a Lifetime Achievement Award, while The Chilli Pickle (no relation!) won the Best Delivery Award and the renowned Cinnamon Club was named as Best in London Central and City.

Kindi Summer collected the Newcomer of the Year award on behalf of the Five Rivers A La Carte. He looked to the future, saying, “There’s a lot more to come, I promise you that. It’s ten years for the British Curry Awards, it’s ten years for us as well, so the chef’s got a lot of big plans for the next ten years coming up.” His approach was echoed by Shampan, collecting the award for Best in London Suburbs, in the comment: “You build a family and not a team. And when you can build a family in a business, the world’s your oyster.” Casu Dining does not mean inferior dining, as Dishoom, the winners of the prize for Best Casual Dining, made clear: “Casual dining is when you go out whenever you feel like it. It is not fine dining. It’s not quick service. It’s the kind of experience anyone can enjoy whether it’s lunch, or evening, or weekend, or daytime, morning.” 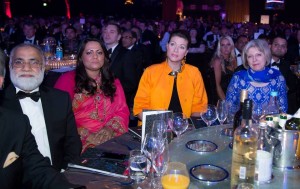 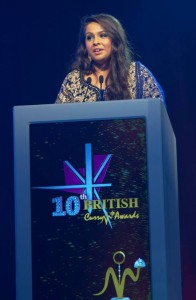 List of the winners of the British Curry Awards 2014:

Best in London Central and City The Cinnamon Club

Best in Scotland Light of Bengal

Newcomer of the Year Five Rivers A La Carte 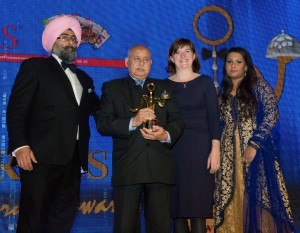