Don't Miss
Home / Entertainment / Anita and Me coming to Stratford 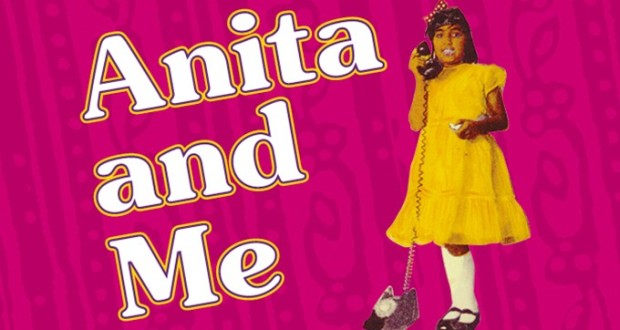 Anita and Me coming to Stratford

If you haven’t read Meera Syal’s novel or seen the film, where were you? Anita and Me is a delightful story on several fronts. It’s just right for mums (and maybe dads) to read with pre- and early teen children: it’s a good story, and it creates loads of openings for talking about how your little ones are coping with growing up. How did Meera Syal get such a skill for using words to draw characters so clearly and so plausibly you feel you have known them for years? And, as you might expect from Meera, there’s jokes: verbal ones, slapstick, misunderstandings, one-liners and great big comic scenes too.

If you can’t manage the book, it is probably OK to make the kids watch the film: it’s often on TV around Christmas time. Or, if you can’t wait that long you can take them to Stratford and see the new stage adaptation of Anita and Me at the Theatre Royal, fresh from its first airing in Birmingham. Go with any friends who grew up in the UK in the 1970s and/or experienced a clash between the culture they were born from and the one they are growing into – and they will all feel they have spent the evening holding a mirror up to a little bit of their past. Buy your tickets now.

(And when your children are old enough to leave home, buy them a copy of Meera’s Life isn’t all ha ha he he – but that is, quite literally, another story).