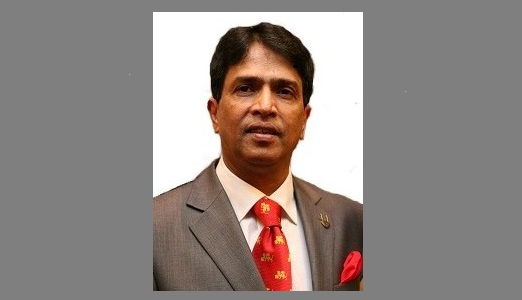 Is BCA President right to back Brexit?

Over the years, the Bangladesh Caterers Association has done a great job promoting Bangladeshi food in the UK – as well as highlighting problems that retailers face. One of the most pressing problems in recent years has been the shortage of skilled and experienced chefs in UK restaurants. The BCA has pushed for sensible changes to be made to immigration policy, allowing enough flexibility so that chefs can be recruited from overseas. At the moment, they believe, up to five restaurants are closing each week because they cannot get appropriate staff and maintain their standards. This is bad for the whole community involved in the “curry” sector – and bad for the UK economy as a whole.

However, BCA President Pasha Khandaker has now gone a step further and urged voters to back “Brexit” – that is, to vote for the UK to leave the European Union (EU) in the referendum on 23rd June.

Mr Khandaker blames the UK’s membership of the EU for its current immigration policy. He believes that EU rules which allow citizens of EU member states to travel and live freely throughout the Union also prohibit member states from varying their rules on work permits for non-EU citizens.

There are a number of problems with this argument.

•First, the UK could in fact vary its immigration rules if it wanted to: it could explain to the EU why it needed to make the change and then do it. Various Governments over the last 40 years have varied EU rules when it suited them.

•Second, virtually all UK Governments over the last 40 years have been subject to pressure from right wing UK parties to curb immigration (ie, of black and Asian people) – and have responded that they are going to be “tough on immigration”. Not one Government has ever said “we would be happy to allow more Bangladeshi people to come into the UK and work here.” This kind of response to right wing racism has been much more instrumental in curbing immigration than any EU rule.

•Third, if the UK leaves the EU, people of Bangladeshi origin who live in other EU states would lose the automatic right to travel to, live in and work in the UK. There is a large population of Bangadeshi origin in Italy, for example. If Britain were outside the EU, UK caterers could not recruit any chefs from that community.

•Fourth, if the UK were to leave the EU, there is no guarantee whatsoever that the UK would relax its immigration rules to allow Bangladeshi chefs to work here. On the contrary, those on the right wing of the Tory Party and in UKIP are arguing for exit so that the UK can have less immigration – not more. Can you imagine Nigel Farage calling on a Tory Home Secretary to allow more Asians into the UK?

Mr Khandaker has rightly pointed to a double standard in UK immigration policy. At the moment, large multinational companies can import staff at will – and those with substantial incomes also find it easy to come and work in the UK. However, small businesses are not shown the same flexibility.

However, this has come about because the Conservative Party will always find ways to help their friends (and financial backers). They are the Party of big business, and that is whom they will help. The Conservative Employment Minister, Priti Patel, who is also campaigning for the UK to leave the EU, apparently plans to hold a “Save British Curry” day shortly, as part of her pro-exist campaign. In so doing, she is contributing to the myth that EU bureaucrats are keeping non-EU workers out – whereas it is the Government of which she is a part that has been saying that it will drive down net immigration. Ms Patel is part of a pro-austerity Government which has taken measures to reduce wages and disposable incomes – which means that fewer people can afford to go out to eat or get takeaways. Government economic policy is just as much responsible for restaurant closures as the lack of experienced chefs.

The BCA has done a very good job in highlighting the problem and pressing for change. However, Mr Khandaker is unlikely to see any flexibility from a Conservative Government which is grappling with the news that immigration has risen while it has been in office, though it promised to bring immigration down. It is not the EU which is stopping UK “curry” houses recruiting chefs from Bangladesh.

2016-05-26
admin1
Previous: Redbridge plans to export the homeless
Next: Breaking news: Duck – Donald’s made it