Don't Miss
Home / Featured / Biden gets the votes – but who is the winner? 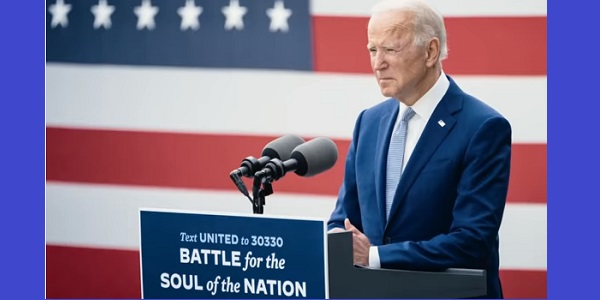 Biden gets the votes – but who is the winner?

AT 4.30PM, GMT, Democrat candidate Joe Biden secured enough votes in Pennsylvania for media outlets around the world to announce that he would be the next President of the USA. Who’s cheering?

Donald Trump isn’t cheering, for one. He was playing golf as the result came through, but issued a statement warning that the election was far from over. In one sense, he is right: the official result will come from US election officials, not the media. What he was referring to, however, was (a) an alleged conspiracy between the media and Biden and the Democrats to deny Trump victory and (b) claims that he and the Republicans have filed, seeking to have some results re-counted and others overturned.

Voters in Tower Hamlets know only too well that winning a majority of votes in a public election is not always enough to secure election – or to stay in post, even if you are. The shady forces of and behind the state will conspire to remove any candidate to whom they take exception or fear – often before an election, but after it if necessary.

The close vote between Trump and Biden reflects not only a fairly even split between US voters, but also a disagreement among the elite influencers. Some power brokers believe the way to retain economic and political power is for Trump to remain in office and back the white supremacists. Scapegoating the black community is a handy way to retain control. Others, however, fear that the Black Lives Matter movement may get out of hand, and its expectations need to be dampened down by a man, and party, who can easily wear a liberal and anti-racist façade, while still rolling out the red (well, blue in his case) carpet for big business.

As the news broke, political leaders from across the globe quickly began queueing to congratulate Biden – except in the UK, where Prime Minister Boris Johnson was busy announcing that he had agreed that UK and EU representatives would “work hard” when Brexit negotiations resume on Monday.

There are many positives about Biden’s victory – not least his promise to re-join the Paris climate change accord, as well as the election of the first woman and first woman of colour Vice President (from whom we heard all too little during the campaign). However, be under no illusion that Biden offers a radical alternative to the US direction of travel of the last four years. Exciting though it is to hope that we have seen the back of Trump, our lives are dictated not only by what the voters do on polling day but rather by what we do every day until the next election. Watch this space.

●To hear a discussion on the differences between Trump and Biden, go to:
20:20 Vision on Vodcasts