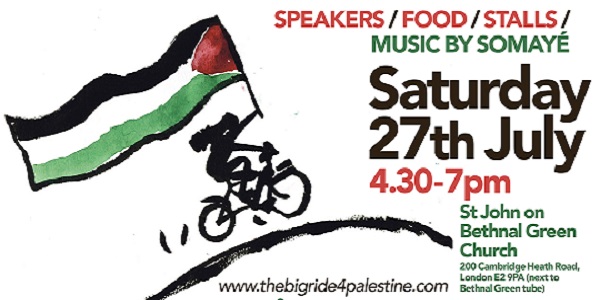 BigRide4Palestine comes to the East End

GEAR UP for the arrival of the cyclists! On 27th July, 200 cyclists will be welcomed to the East End at an open air event with food and entertainment at St John on Bethnal Green Church.

The cyclists are part of the Big Ride for Palestine. This will be the fifth annual fund-raising ride. Previous outings have raised over £130,000 for the Middle East Children’s Alliance (MECA). Cyclists will also be raising awareness of the human suffering caused by the state of Israel’s continued violation of international law. 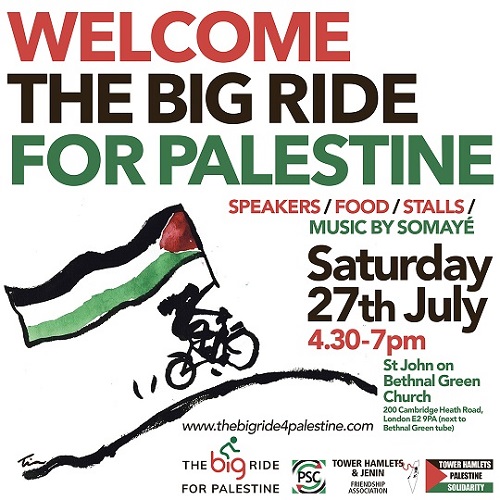 •The local organisers are inviting local supporters to help out on the day. If you would like to help, please contact them on:
thpalestinesolidarity@gmail.com

•Read more about it:
Local Group raises money for Palestine Solidarity
Palestine is still occupied, lest we forget it