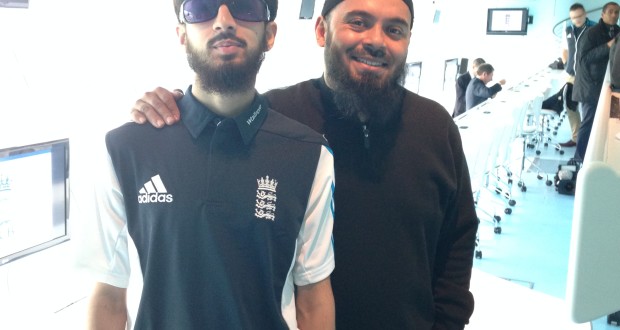 With the senior team toiling in Sri Lanka, it has been left to the England Blind Cricket Team to raise the banner aloft for England. A magnificent tournament saw Matt Dean’s men reach the Blind Cricket World Cup semi finals before suffering a loss to pre-tournament favourites and title holders Pakistan.

England vice-captain and number 4 Luke Sugg scored 105 to reach 629 tournament runs overall as England reached 264 for 8 in Cape Town. World Cup holders Pakistan had already defeated England in the group matches, and the favourites were comfortable as they overtook their opponents’ scores in 17.4 of their 40 overs.

Sugg said: “It’s been the tournament of my career so far. Before this series I had only hit two centuries, both against Australia. To hit a couple against Sri Lanka, South Africa, Pakistan to add to the one I scored against Australia in the kind-of quarter-final is great on a personal level.”

Captain Matt Dean said: “It’s sad on a team level that we’re out of the tournament. Ideally we wanted to score about 350, but it wasn’t to be. We fell short, but in saying that we had some great performances with the bat from Justin, Luke, Matt Page, and others chipped in as well. Another 50 runs, and who knows?”

Head Coach Ross Hunter said: “Everyone’s devastated but I think that’s a good state of English cricket. If you’d asked England teams over previous years, they would never have believed they would win a World Cup. We got to the point this morning where we really believed. We had a plan against Pakistan. Luke Sugg batted outstandingly. We probably were 40-50 runs light of where we needed to be to start to put them under real pressure. But again, we’ve proved that Pakistan are human. They’re not super heroes. That’s something we’ll take a huge positive from going into future tournaments.”

ECB Head of Disability Cricket Ian Martin (@CricketOnWheels) tweeted: “Proud of all the boys & staff at the blind cricket World Cup. Real team effort. Gutted to lose in the semis but the better team won.”

Prior to the World Cup I was fortunate to meet some of the team just before they left for South Africa and was particularly inspired talking to Warwickshire Bears and Leicester Blind Football Team star Mahomed Khatri and his guide dog Vargo, a Labrador cross Golden Retriever. Both were at Lord’s as squad members for the Twenty20 World Cup for Visually Impaired Cricketers.

Khatri has been an England international since his debut against India in August 2007. The all-rounder was part of the squad which beat Australia Down Under in 2008. He played every game when Australia toured in 2012 and was England’s leading wicket-taker in the three ODIs.

The event where I met Mahomed Khatri was a celebration of disability cricket with the ECB at Lord’s. “It’s nice to have a catch up with everyone before South Africa,” Khatri said. “I have been paying cricket for 6-7 years and made lots of friends.”

Khatri ventured into Blind Cricket aged 16. “I lost my sight at 16 and the reality hit home that I couldn’t play sports anymore. One of my teachers at school had another blind student that used to play blind cricket. So she put me in touch with him and from then on I progressed and eventually joined the England team.

“The experience with England is good. It’s nice to go on tours. It’s unique, and the experience is something many would like to do. My favourite place visited so far is Dubai. It was the most fun tour.”

Khatri’s cricketing heroes are Andy Flintoff and Michael Vaughan. He said: “I was 15 when England won the Ashes and they were the most memorable players for me.”

Khatri will continue as an England all rounder as long as he gets pleasure from the game. “I completed my undergraduate in politics, philosophy and economics and my masters in philosophy,” he said. “I suppose I have a mainstream career out there waiting for me. With a PGCE I hope to become a teacher but in the meantime I intend to carry on playing and enjoying cricket for now.

“Blind Cricket has come on leaps and bounds. Before the players had to look for funding avenues and sponsors. Now the ECB have taken over it’s quite stress free. We don’t have to worry about kit or facilities, and we are invited to meet and work with the senior team. I’m here today at Lord’s to also say thank you to the ECB for their great support.”

The inspirational Khatri has achieved more than many people with full sight will ever dream of in their life. He completed his university studies in August and chose to complete a charity trek of Mount Kilimanjaro, ascending 5,885m to the peak of Kibo, the highest point on the mountain. He raised money for Hope for Children, a charity partnered with his university and which helps to cater for underprivileged children in Africa, Asia and Europe.

“I wanted to finish University by doing something different. It was quite a lot of fun and did wonders for my confidence and cricket,” he said. “I had three reasons for climbing: to raise money and awareness for a good cause and to do something not a lot of people would have the chance to do in their lives. The fact that I have inspired people is a great bonus. I didn’t take Vargo with me because I didn’t to be known as the first ever person to leave dog poo on the summit of Kilimanjaro.”

2014-12-07
admin1
Previous: Three points for Rangers as Shiels scores winner
Next: We teach them to hate; we end up with murder