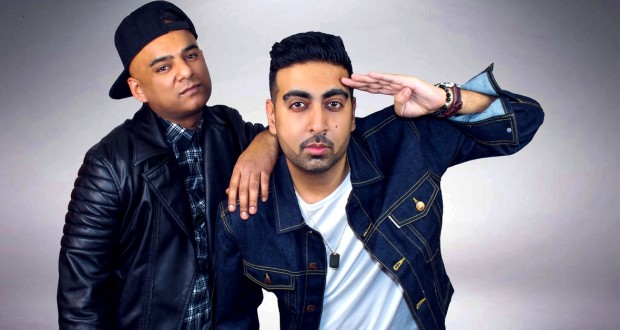 British institution goes Bollywood and boogies to the Bhangra

The Victoria & Albert Museum: quiet, boring, staid – it’s a museum, right? Wrong! Think again! The Museum – the “V&A”, as it’s affectionately known – is currently holding an “India Festival”, including a special Fabric of India exhibition. A special “Friday Late” session was held to highlight the exhibition by appealing to all the senses in one giant celebration – with music, dance, food and drink adding to the exhibition experience.

The music was  provided by the Panjabi Hit Squad, whose Bhangra beats and Bollywood bass, overlaid by a wide range of modern musical references, soon had the 2,500-strong crowd on their feet and dancing with abandon, their hands in the air. The audience was warmed up with a traditional, melodic set in a familiar Bollywood style. As the evening progressed, the beats grew stronger and more insistent – the songs telling a story to a background of faster beats interspersed with little flights reminiscent of hip hop and house but always with great theatricality. In a giant fusion of east and west, we may just have witnessed the first Urban Asian Opera! 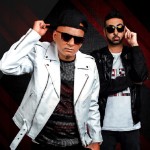 Speaking after the event Rav, one half of the PHS duo, said: “It was an amazing event. Having a party with so many people dancing to our music in such stunning venue filled with some of the most precious sculptures and artefacts is just mind-blasting.”

Rav’s collaborator Dee added: “We love performing to crowds who appreciate our culture and the mix of east and west. Playing music that is mixed with so many varieties of music, especially new house music and trap and just watching the crown react to it is awesome.”

This may be the first party in the V&A – but it’s not the last for PHS!

If you missed the party, you can catch up on:
www.mixcloud.com/PanjabiHitSquad/panjabi-hit-squad-live-at-the-va-museum-for-india-festival

Catch up with PHS on their website (where you can find all their social media addresses):
http://www.panjabihitsquad.com/