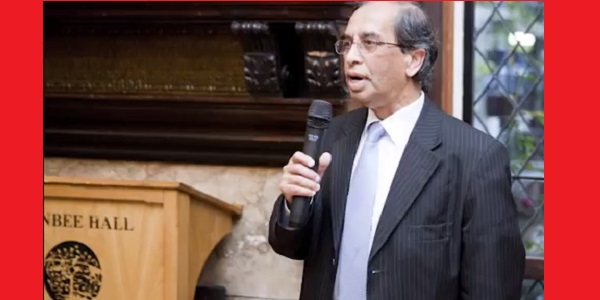 ON 1ST FEBRUARY, Toynbee Hall held an opening event for a new exhibition at the Idea Store Whitechapel, as part of Toynbee Hall’s Heritage Project.

The Bengali Innovators of Toynbee Hall is an exhibition which aims to capture the stories of the key influencers in the Bengali community who were involved in shaping Toynbee Hall’s services and improving community life since the 1970s.

The launch was attended by members of the community, partner organisations, funders and some of the individuals who are celebrated in the exhibition, including Anis Rahman OBE. Mr Rahman is a former volunteer and trustee who helped develop women only sessions at Toynbee Hall’s Free Legal Advice Centre, which continue to run today.

In a speech at the event, Mr. Rahman said, “I’m very grateful to Toynbee Hall in general and for arranging this exhibition, which is mainly for the Bangladeshi community. I am very proud to be associated with such a great organisation with a long history and still today develops local programmes that have the power to become national solutions.”

Working with the Swadhinata Trust, Toynbee Hall made contact with people who introduced new initiatives at Toynbee Hall. Eastside Community Heritage then carried out interviews with a number of people from the Bengali community who have been involved with Toynbee Hall since the 1970s.

These interviews were then used by local volunteer Tanha Quadi to curate a touring exhibition, which will be on display at Idea Store Whitechapel from 1st-28th February. To complement the exhibition, pupils from Central Foundation Girls’ School put together podcasts using the oral history interviews, following training from Eastside.

•Toynbee Hall is still collecting stories of people who worked and volunteered there or attended classes and programmes there. If you have a story or photo you would like to share, contact:
archive@toynbeehall.org.uk

•The exhibition is at The Gallery at the Whitechapel Idea Store, 321 Whitechapel Rd, London E1 1BU.

•Read more about it:
Shaping up at the Art Pavillion
London Boat Show 2018 receives royal visit

2018-02-04
admin1
Previous: Police to return to Mbye murder scene one week on
Next: Teen stabbed to death in Barking