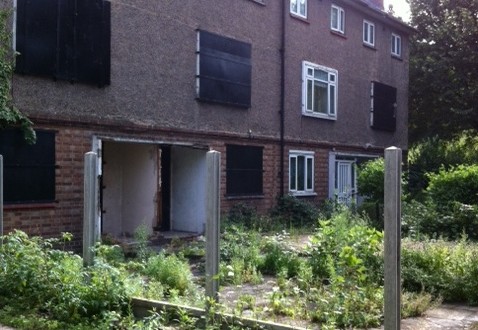 The Government’s own figures show that homelessness in London has risen for the fourth year running – that’s since the Coalition first took office.

A record 29,152 households have declared themselves homeless this year – a 10% increase on last year. Annual figures from the Department for Communities and Local Government show that in London in 2013/14:

15,187 households were accepted as homeless and a priority for housing in 2013/14 – an increase of 3% compared to the previous year;

11,540 homeless households were accommodated outside of their borough – a rise of 36%.;

4,538 homeless households were not considered a priority for housing, a rise of 2% on the previous year.

It’s no wonder the Coalition is letting the figures rise and rise: homelessness in London is a direct result of their own policies. Since 2008, the Coalition has been trying to keep house prices high, to avoid another financial crisis developing or another economic crash. To achieve this, they have been happy to channel public money into propping up private landlords by paying out vast sums in housing benefit to tenants at the mercy of the landlords and their sky-high rents.

Now the Coalition is trying to cut back on the housing benefit bill by forcing tenants into low paid work, forcing them to pay their rent out of their meagre wages. The inevitable vicious circle has – inevitably – begun to happen. Private landlords are giving up on private tenants who rely on housing benefit. The ending of a private tenancy is now the leading cause of homelessness in London – up 29% on last year. For the moment, demand is so great that there are enough working tenants around to mop up the available supply. However, families evicted by private landlords are now turning up at Council offices in increasing numbers. Councils are having to house them on an emergency basis: Councils in west London are avoiding high west London rents by securing accommodation in the relatively cheaper east London – which is, in turn, forcing up east London rents to the point that east London councils are having to place tenants out of London altogether if families are to avoid the benefit cap.

On the day the new figures were announced, Leslie Morphy, Chief Executive of Crisis said:

“Today’s figures provide a grim picture of London’s housing crisis. Homelessness in the capital has risen for the fourth year running, with the ending of a private tenancy the leading cause. Yet today’s figures are only part of the story: rough sleeping in London has been rising at an alarming rate, with a massive increase of 75% over the last three years. Behind these numbers are thousands of people struggling to keep a roof over their heads. “Cuts to housing benefit and a lack of affordable housing continue to take a heavy toll on people’s lives, particularly in London where demand for housing is greatest The Government must rethink its damaging cuts to housing benefit. At the same time, we urgently need more affordable homes and greater protections for those who rent.”

In other words, the only way to ease human suffering is to build more social homes. Instead, the Coalition Government is putting public money into helping those in stable work to buy homes and blaming “restrictive planning laws” for its failure to build more social housing. This is a scandal of monumental proportions.