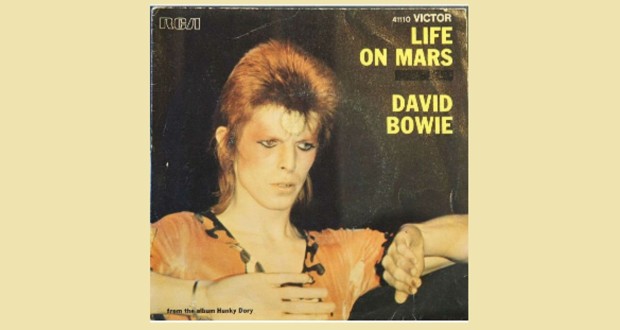 David Bowie dies; music of a legend lives on

The death has been announced of David Bowie, one of the giants of music who first found fame in the 1970s. It has been revealed that he had been living with cancer for 18 months.

From the last album…

The shock is all the greater as his illness had not been made public – and also because the public had been wrong-footed by the release of his latest album just days ago. Fans who thought this was heralding another burst of life and creative energy now realise it was his swansong.

Those who were not teenagers in the 1970s may struggle to comprehend why Bowie was such a legend: there is no one classic song that younger generations have recycled as their own. However, the fact that his songs are so hard to cover is the mark of the man and his music: it was unique to him, all very personal artistic impressions.

Bowie’s contribution to the 1970s was to use glam rock not as something to define him but as a platform for greater creativity, for exploring the self without boundaries – in music but also by bringing a revolutionary understanding that there was a visual side to pop music too. His androgyny stood out in a decade which called itself boundary-breaking but was still not ready to discard traditional attitudes to sexuality. He was comfortable in his own skin – even if others were disturbed by it. He casually put his arm round guitarist Mick Ronson on stage and he released “Let’s Dance” a memorable duet with Mick Jagger, and an even more memorable video – two acts which were subversive at the time and opened the door for later artists to be true to their own sexuality in public.

Having created Ziggy Stardust, a stage persona which epitomised the challenges he was prepared to make to what was possible on stage, he discarded Ziggy and went off to find new creative challenges – which he did, a further proof that he would not be bound by music industry norms.

David Bowie opened doors: not only are musicians of today lining up to pay tribute, but people from all walks of life are speaking out about the effect he had on them when they were growing up in the 70s. That generation is now realising, with shock, that it is mortal. His music lives on – in the tracks that the younger generation may now hear as his passing is marked in the media, and in the influence he has had on countless subsequent artists too.

2016-01-11
admin1
Previous: Celtic’s Smiler – the Neilly Mochan story
Next: Emma Thompson: “Early diagnosis and treatment are vital in the fight against TB”