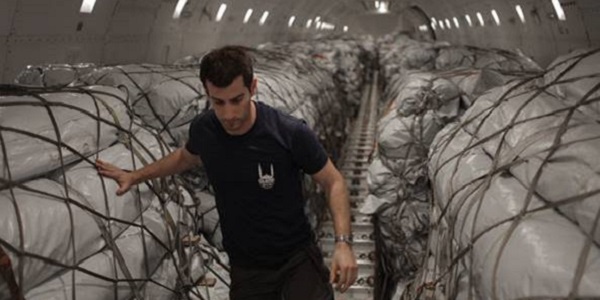 Aid heading out from the UK - but the future is uncertain. PHOTO: Islamic Relief

WHAT IS Boris up to now? He announced last week that the Department for International Development (DFID) is to be swallowed up in a mgerger with the Foreign and Commonwealth Office (FCO).

Boris was supposed to be spending the week dealing with the Coronavirus Pandemic: weighing up social distances and trying to think up a safe way to get pubs open again. His Cabinet Ministers each had their own part to play in the easing, or otherwise, of Lockdown. Can we really believe that the Prime Minister got up one morning, drew back the curtains, drank in the daylight and was suddenly struck by a desire to fit a little departmental tidying up into his day? No.

The move, which has been described as “political vandalism”, was probably dreamed up to save a bit of money – at a time when no one knows how much we are going to have to pay to prop up the capitalist economy. It came with pledges that DFID will take its funding, thought to be around £15 billion, into the FCO – which is thought to spend just shy of £2.5 billion. Maybe it will – for this year. What the merger means for the UK’s foreign policy and spending in the longer term is far less clear – but many of those involved in international trade and aid fear the worst.

An immediate and horrified response has come from the leaders of seven faith-based charities, which are used to working together to alleviate extreme poverty and its consequences. They describe a situation in which the world’s poorest are, in effect, being expected to pay for the recovery of the UK economy. Their statement said:

“The abolition of DFID is a political move, and the world’s most vulnerable people will pay the highest price. A global pandemic the likes of which we’ve not seen in our lifetime is tearing through the world’s poorest communities, threatening to reverse decades of development gains. UK Aid is more critical than ever, and it’s essential to ensure the focus remains on fighting poverty and reaching those in greatest need.
“The Prime Minister has made clear his intention to use aid to further Britain’s national interests – a clear violation of the primary purpose of aid, which is to alleviate poverty. This will blunt the impact of aid on those most in need, and risks more people suffering and dying as a result.
“As people of faith and leaders of organisations which seek to lift up the hungry, the poor and the oppressed, we stand against this act of injustice. We have a moral and ethical duty to neighbours near and far. History will not look kindly on the UK’s retreat into narrow self-interest.”

Sadly, this is probably just the first stand off in what may turn out to be a protracted battle to decide what values are to govern the new normal.

●Read more about it:
Boris gets out the gunboat
Boris: “ready to bomb Syria”