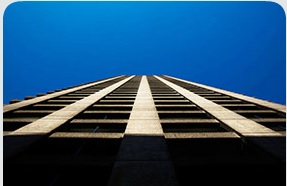 February at the Barbican (highlights)

February at the Barbican sees the opening of Magnificent Obsessions: The Artist as Collector, a major exhibition that presents the personal collections of artists including Damien Hirst, Edmund de Waal, Peter Blake, Pae White and Andy Warhol.

The month also sees a London Residency from the Berliner Philharmoniker, led by Sir Simon Rattle, at the Barbican and Southbank Centre. The three Barbican concerts in the residency will see the orchestra perform a complete cycle of Sibelius’s symphonies as well as a performance from a Young Orchestra for London, which features participants from all 33 London boroughs.

Other music events include a new collaboration from composer Nico Muhly and electronic artist Oneohtrix Point Never, while Ólafur Arnalds returns to the Centre for a concert that will include music from his acclaimed soundtrack to hit TV series Broadchurch.

In the theatre, French company Théâtre de la Ville-Paris will present its adaptation of Nobel Prize-winning author Luigi Pirandello’s Six Characters in Search of an Author and there will be the UK-premiere of Moscow’s Vakhtangov State Academic Theatre’s epic production of Pushkin’s Eugene Onegin.

A screening of landmark Sherlock Holmes film The Hound of the Baskervilles will be accompanied by live music from Neil Brand as part of a series of films featuring  the fictional detective to coincide with the Museum of London’s Sherlock Holmes – The Man Who Never Lived And Will Never Die exhibition. The Barbican will also celebrate the Oscars with screenings of all this year’s Best Picture nominations, exclusive Oscar-nominated shorts and a special Oscar themed film quiz.

•For more information about what’s on at the Barbican, go to:
http://www.barbican.org.uk