Don't Miss
Home / Entertainment / From A to B to Kindness… 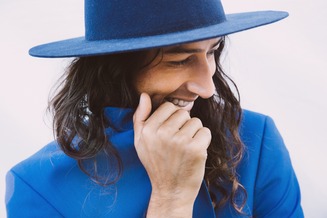 From A to B to Kindness…

We suppose that if your birth name is Adam Bainbridge you might consider it rather too pedestrian for a life of pop stardom and you might want your songs to appear under a handle that is a touch more glamorous, or street, or whatever floats your boat. Why, however, this Adam Bainbridge has recorded under the name “Kindness” does not appear to be explained.

Never mind: his promoter’s record company sent out a link to his Sound Cloud and we made the youngest person in the office click through to it and listen. Often when we do this, our reviewer lasts only half a song (or even just a few opening bars) – but she was on this Cloud for a full four songs before finally turning it off. She had been in the middle of doing stuff she would have lost track of (no pun intended) if she had gone back to turn it off, but it lasted the course. “It’s intriguing,” she said, “easy to listen to, and somehow real – as if the music’s really being played and not just generated by a computer. It’s different enough to be quirky rather than odd.”

You too can have a listen: go to https://soundcloud.com/kindness (which also hosts an even more flattering photo) or get hold of Kindness’s second LP “Otherness”, which came out at the start of the week. His promoters say it’s “Influenced by a multitude of eclectic artists, the second studio album aims to explore the connections between Bainbridge’s past and present and spin them into a timeless piece of work. It is the product of a collective effort recorded in one room, featuring global artists Robyn, Kelela, Ghanain rapper M.anifest and Devonté Hynes.”

If you like what you’re hearing, snap up a ticket for Kindness’s next outing. It’s not till Friday, 16th January and it’s in the far off Electric at Brixton – but tickets have just gone on sale. You can get them from https://tickets.songkick.com/events/21773808.