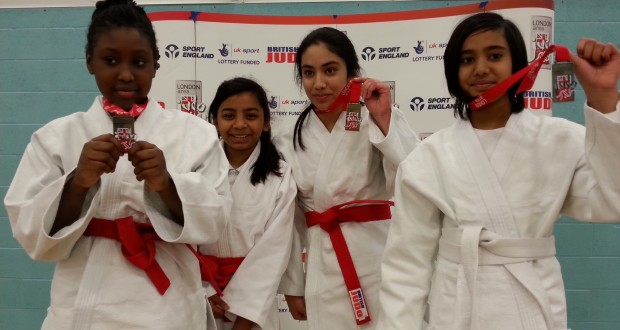 Youngsters from Tower Hamlets schools united under the banner of the Tower Hamlets Judo Club to compete at the British Judo Association London Area Development Event held at the University of East London Sports Dock. It was a great day packed with action and fun as most of the players competed for the first time in the sport of judo.

Girls from Oaklands, supported by the school’s PE team, enjoyed their first ever judo competition after completing a judo course at the school and performed brilliantly, winning three medals. There were other significant performances from Valentine Lita, a year six student from William Davis school, and Ilyas Allalou from Sir John Cass school. Students from Stepney Green, St Paul’s Way, Bow, Stebon and Lawdale schools also took part. Everyone gained valuable experience and finished the day with a medal.