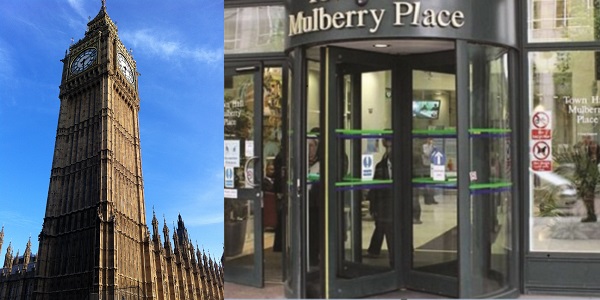 CAN JOHN BIGGS survive the latest scandal to hit his controversial Administration? The tables have turned, and the Government has announced that it is to send “Intervention Advisers” in to Tower Hamlets to monitor the Council’s “inadequate” Children’s Services.

Labour bigwigs in Tower Hamlets worked hard to discredit the Administration of Biggs’s predecessor, Mayor Lutfur Rahman – with both of the Borough’s Labour MPs approaching the Secretary of State to express their concerns. The then Secretary of State sent Commissioners in to run some aspects of the Council’s services – which was welcomed by both MPs.

At the start of the year, Ofsted inspected the Council’s Children’s Services. Its report, issued in April, found them “inadequate” – a big slump from the previous report, two years into Lutfur Rahman’s Administration, which found the Service “good overall with outstanding features”.

Subsequently the Cabinet Member for Education and Children’s Services, Cllr Rachael Saunders, who had been directly criticised in the Ofsted Report, was moved in a Cabinet reshuffle. Shortly afterwards she resigned from the Cabinet and announced that she would not stand to be a councillor in next May’s elections.

John Biggs, the Executive Mayor of Tower Hamlets who is directly responsible for the “inadequate” services, claimed that the inadequacy was largely the result of organisational changes made by Lutfur Rahman which he, John Biggs, had been trying to correct. However, by the time of the Ofsted Report, Biggs had been Mayor for over 18 months – which was surely plenty of time to deal with any problems he had genuinely found in this vital and sensitive Service area.

The Government has considered the Ofsted Report and has now appointed Lincolnshire County Council and the London Borough of Islington as Intervention Advisers. Tower Hamlets Council is ordered to give the Advisers every assistance as they supervise the Council’s attempts to improve the inadequate service. The Government has also ordered the Council to “comply with any instructions of the Secretary of State in relation to the improvement of the Council’s exercise of its children’s social care functions.”

Commenting on the Secretary of State’s Order, a Tower Hamlets Council spokesperson said, “Children’s social care services remain under the full control of Tower Hamlets – which is clear from the DfE Direction issued. We have a highly ambitious and achievable plan to achieve a good rating for children’s services from Ofsted by April 2019.

“Work is already well underway and our Children’s Services Improvement Plan is our programme to fundamentally change the way that we will now deliver children’s services. The council is investing an extra £4.8m in children’s services for improvements required by Ofsted.” 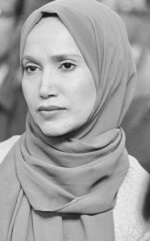 Cllr Rabina Khan, Leader of the PATH councillors in Tower Hamlets, responded quickly to the announcement, saying, “The safety of children in our Borough is paramount, and if the Government has to send in Intervention Advisers to supervise John Biggs getting Children’s Services up to scratch, so be it. It is, however, a further indictment of the weakness of his Administration.”

2017-09-13
admin1
Previous: Health campaigners protest over funding cuts
Next: Commissioners “back under another name” 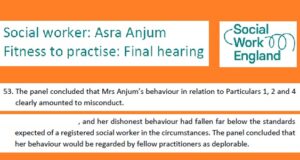