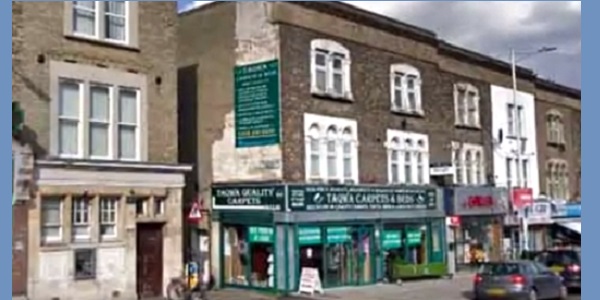 The Mosque in High Road, Ilford

NO ONE WAS HURT after a man entered the Seven Kings Mosque in Ilford during late night prayers on Thursday, 9th May and then left – apparently fired a gun.

Eye witnesses reported that the man came in at around 10.45pm, apparently wearing clothing that covered most of his face or a mask. Worshippers persuaded him to leave and he did so, putting up little resistance.

As he left, however, those nearby heard a gunshot. Worshippers who were in the middle of night prayers heard the noise, though, unaware that a man who was acting suspiciously had just been ushered out of the mosque, they did not immediately identify it as a gunshot.

The Metropolitan Police attended and launched an immediate investigation. They found that an incident had happened nearby which was not connected with the Mosque and their first findings were that the gunshot was related to that incident, not to any attack on the mosque, terrorist-related or otherwise. They were able to recover ballistic evidence from the site which suggested that the gun was a handgun which had fired blank cartridges.

London Mayor Sadiq Khan was informed of the incident and tweeted that he had been relieved to hear that no one had been injured in the incident. He repeated his belief that everyone “should be free to practice their faith free from danger and fear” and confirmed that there was an increased police presence on the scene.

Tensions around mosques during Ramadan after a mosque in Christchurch, New Zealand was the target of a terrorist attack which led to the deaths of 51 people. Within weeks, other religions had also been targetted in terror attacks: 253 Christians were killed while attending Easter services in churches in Sri Lanka and a gunman attacked a synagogue in California, killing one woman and injuring other worshippers.