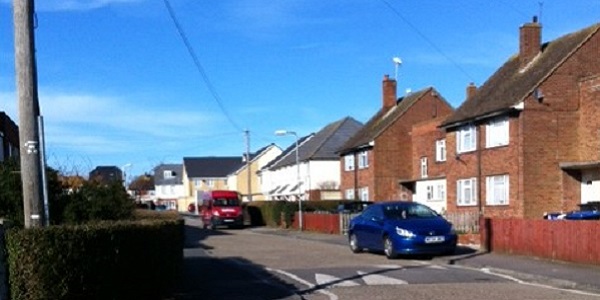 House prices: cheaper in parts of the country where it is harder to find work!

ECONOMISTS are getting the jitters this week as official data has revealed that house prices are lower in real terms that there were a decade ago – this in 58% of the local government wards in England and Wales.

The figures show that there is still a large economic divide between the south of England – where house prices have continued to rise – and the rest of England and Wales. Average prices in Wales, Yorkshire and the Humber, North East England and North West England have declined by over 10% since 2007.

However, other data shows that the picture may be changing. House prices across the UK rose by 5% in the year September 2016 to August 2017 – with the smallest rise, 2.6%, taking place in London.

The price differential is fairly ridiculous: obviously it doesn’t really cost any more to build a three bedroomed house in one part of the country or another. A two bedroomed flat should be able to accommodate the same number of people as any other two bedroomed flat, irrespective of where it is located – much in the same way as a kilo of rice will serve the same number of people whether it is served in Penzance, Prestatyn or Penrith.

House prices are only governed to a small degree by the size of the home. Another important factor affecting price is location – essentially whether the house is in an area where people can find work. House prices are high in London and the south east because that is where many of the UK’s jobs are located.

The other, related, factor is supply and demand. People move to find work and this creates a greater demand for housing, pushing the price up – leaving people wishing they could move back to where housing costs are cheaper but knowing they can’t because there is little chance of finding employment.

The anarchy of the market will need to be tackled if the UK is to house its population in reasonable comfort, at a reasonably affordable cost. Until then, many people will be trapped in unaffordable or inadequate housing.

•Read more about it:
Inflation soars: good news for some
Bungle-Biggs wastes £3.5m on consultants