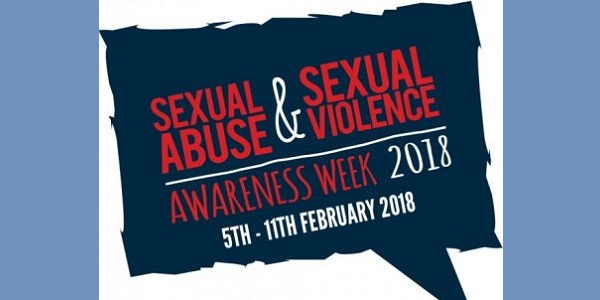 TODAY – Monday, 5th February – #ItsNotOK2018 is a week of raising awareness of sexual abuse and sexual violence. The Metropolitan Police will be doing all it can to put across information on where victims can find help – and on how perpetrators must stop.

During the week, the Metropolitan Police will be posting on Facebook and Twitter videos which feature staff reading statements of empowerment; interviews with people who have reported allegations of sexual abuse and violence to the police; and a specialist officer explaining how the police and other agencies can support victims.

The Metropolitan Police are hoping that victims who have kept silent so far will be encouraged to come forward and seek justice and an end to their torment. There are four key parts to their message:
•police can help you if you have been sexually assaulted or abused;
•police are here to help all victims of sexual violence;
•it is not ok to sexually exploit or abuse anyone;
•tell someone about those that are causing harm to you, or others.

Detective Superintendent Sian Thomas, from the Met’s Child Abuse and Sexual Offences Command, said, “No one should have to suffer sexual violence and abuse on their own and no one should think it’s ok to sexually exploit or abuse others. We are proud to support this campaign, which encourages a wider discussion around sexual abuse and violence – raising awareness about this type of abuse and how the Met and other agencies can offer advice and support.

“We want victims to feel empowered to come forward and report what has happened to them and we hope that the testimonies from those who have been through the experience will reassure people that they be will listened to and supported without judgement – no matter what the circumstances.”