Don't Miss
Home / Featured / Lutfur Rahman: is it time for a fair hearing? 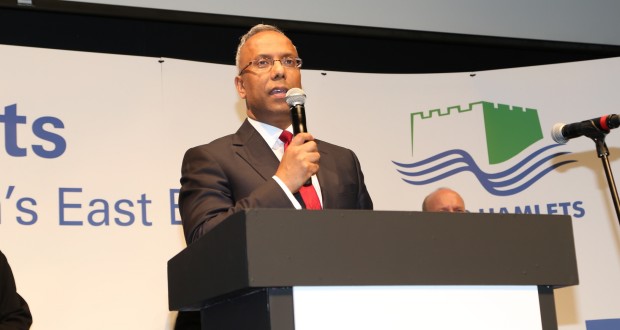 Lutfur Rahman: is it time for a fair hearing?

On 23rd April – St George’s Day – last year, the first directly-elected Muslim mayor, Lutfur Rahman, a man who had won two boroughwide elections in Tower Hamlets, was dismissed from office at the stroke of a pen from a single barrister sitting in the remote High Court.

The charges were grave. The Judgement was worse. Richard Mawrey QC, sitting as an Election Commissioner, said that Lutfur Rahman had “driven a coach and horses through election law’ – bribing, intimidating and fixing his way to power. To the press and most watching, the case was simple and clear cut. A crook had been brought down.

It was so simple that no-one looked into the case too deeply. The heroes of the case – the four who had taken legal action against Rahman – were assumed to be well-meaning local voters. No one stopped to question how these four disparate voters, who cannot have been known to each other before the election, came together so quickly and developed such a strong mutual trust that they were prepared to risk their very livelihoods taking legal action together. No one asked how these four individuals – a man wanted for alleged tax dodging overseas, a UKIP branch secretary with the usual colourful and direct UKIP views, a devout Labour candidate who had not been elected, and a man who had set up his own party to stand for and won a handful of votes – managed, on their own, to investigate and structure a case which examined in detail every aspect of Lutfur Rahman’s Administration and his personal and political practices. No one questioned why the Leader of the Tory Group, Cllr Peter Golds, sat in the public benches throughout the trial and seemed on such good terms with the petitoners’ legal team that he was passing notes to them during the court sessions themselves.

The structure of the Election Court is unusual. A barrister sits as a judge (without needing qualifications in election law) and, without a jury, presides over criminal charges being heard in a civil court. It’s almost a perfect recipe for coming up with conclusions that were a surprise to many who have participated in the electoral process. Who would have thought that one could win a majority of votes, only to be thrown out of office for raising concerns about institutional discrimination in an opposing party. Most notably, who would have guessed that an arcane law dealing with “spiritual influence”, last used against Irish priests in the 19th century, would be used against imams in the 21st century, in a Judgement which explained why it did not apply to the Church of England?

There was of course, some concern. The Municipal Journal (the magazine for local government professionals), Lutfur’s Labour opponent John Biggs and a range of other professional and political bodies have praised Rahman’s achievements in office – on housing, on education, and on support for the most vulnerable. Figures as diverse as a Guardian columnist, the Tory editor of the Spectator and an Anglican canon raised concerns about the conduct of the trial. The canon in question – the former clergyman of St Paul’s Cathedral – went so far as to commission a legal opinion about the use of “spiritual influence” in the Rahman Judgment.

Now the courts have accepted that there are grounds for a judicial review of the “spiritual influence” charge as it is a point of law which can be argued between lawyers and judges. The court has not accepted that any of the other charges should be subject to Judicial Review because they are not see as points of law, and any examination of the judgement reached would have to involve a re-examination of the evidence, not just legal argument. That’s another oddity to add to the list of unusual features about the election court – no realistic prospect of being allowed to appeal on a perverse finding in the face of the evidence or a misinterpretation of the evidence.

A victory on “spiritual influence” would restore the right of imams to speak to their flocks about elections on the same basis that vicars in the Church of England can do so – but it would not alter Rahman’s five-year bar from standing for office. As for the other charges, it remains to be seen whether Rahman’s legal team believe their legal options are exhausted.

As so many others have discovered in the past, righting a miscarriage of justice can take a long time. Watch this space.