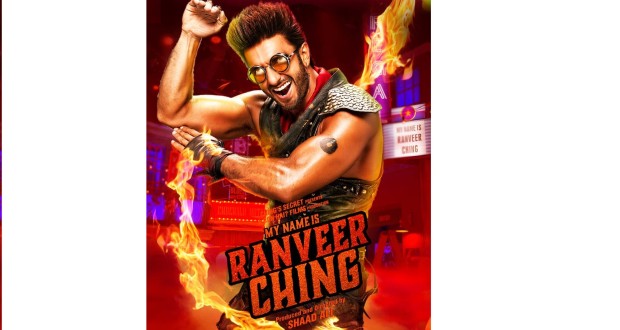 My name is Ranveer Chin

Ranveer Singh appears in his most mouth-watering role to date. The star, known for his adventurous approach to choosing movies and creating memorable cinematic characters, has been signed on as the brand ambassador for Ching’s Secret – and so impressed is he with their products, he’s changed his  name to leave no doubt about his allegiances.

Ranveer can be seen in a music video for the brand titled “My Name is Ranveer Ching!” Directed by Shaad Ali with music composed by Shankar Ehsaan Loy and lyrics by Gulzar, this high-energy video has been choreographed by none other than Ganesh Acharya, who has also devised a signature Ching’s move.  While the song has been sung by Arijit Singh, Ranveer has written and belted out the “Manchow Rap” in his own inimitable style, adding the Schezwani zing to the chartbuster.

Ranveer is super excited with this association. “I’m really happy to be associated with Ching’s Secret. I am personally a Hakka Chinese fanatic. So I leaped at the offer when the good folks at Ching’s Secret approached me to be their brand ambassador. I’m a big fan of their noodles, soups and their masalas – they’re really, really hot and spicy – just the way I like it. I am proud to be the face of the pioneer brand of the Hakka Chinese flavour in India and the world. Ranveer Singh and the secret of Ching – forward together J,” said Ranveer.

Ching’s Secret is the brand that is partly responsible for making Chinese the second most popular cuisine in India. Synonymous with Hakka Chinese since 1996, it quite literally offers all the food ingredients and products required to make delicious Chinese at home. Catering to the demanding Indian palate that craves for Chinese with a desi twist, Ching’s has constantly come up with innovative, do-it-yourself Chinese food products. From the one-of-a-kind Schezwan Chutney to the Instant Schezchow Soup (a special blend of Schezwan and Manchow, with noodle bits) or the range of Chinese Miracle Masalas for a quick, 3-step approach to making Chinese food to the specialty sauces, Ching’s gives its die-hard customers instant Chinese gratification.

“A hatke brand like Ching’s needs an equally hatke brand ambassador. Ranveer Singh, being the hottest and most hatke star of his generation, is a perfect brand fit. As a brand aimed at today’s youth and young housewives, we felt Ranveer was the ideal youth icon who had pan-Indian appeal across all age groups,” said Mr. Ajay Gupta, MD, Capital Foods.

•Watch out for ‘My Name is Ranveer Ching’ – appearing on a television screen near you.
•Watch the full song on: http://bit.ly/RanveerChing
•Watch “The Manchow Rap” on: http://bit.ly/1pu4Q6k
•For mobile downloads: SMS CHINGS to 53131H

2014-08-29
admin1
Previous: Stars stand up for women
Next: Search for an Asian football star kicks off at Wembley!