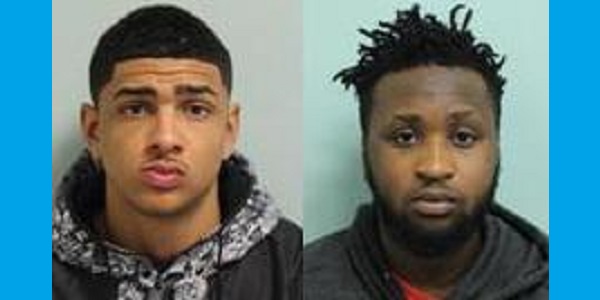 TWO YOUNG ROBBERS who used a corrosive liquid to attack their victims were each been sentenced to 14 years in prison last week at a sentencing hearing at the Old Bailey.

Sadik Kamara, 24, of Booth Road, Newham, and Joshua Jordan, 20, or Ruscoe Road, Newham, were convicted at a hearing on 10th October. In addition to the prison sentence, Kamara was also ordered to pay £1,000 to each of his victims.

The Court had heard that both victims had made a good recovery from their physical injuries. However, the shopkeeper who was attacked has not recovered from the trauma of being assaulted and has had to give up her job at the shop.

Sentencing the two, His Honour Judge Dodd QC described the attacks as “horrifying, cruel and barbaric” and said he was satisfied that the pair presented a significant risk to the public of further harm.