Don't Miss
Home / Featured / Now they are coming for our children! 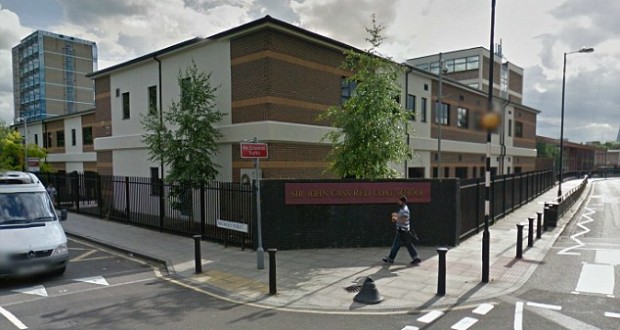 Now they are coming for our children!

The witch-hunt against Muslims in general, and in Tower Hamlets in particular, took an ugly turn on Thursday this week when an Ofsted Report into Sir John Cass & Redcoat secondary school was leaked to the press.  This led to a rash of stories in national newspapers that “Muslim extremism” had been found in a Tower Hamlets School. The coverage hinted that worse would be to come when six further Ofsted reports, these into Muslim schools in Tower Hamlets, were published the following day. In fact, the stories on Friday were somewhat less sensationalised than Thursday’s announcement: after all, it’s not every day that headline writers can work with a report that Muslim extremism is flourishing at the heart of a Church of England school.

It seems that this is all the result of the Birmingham “Trojan Horse” rumours – that there were plots for Muslims to take over a group of schools in Birmingham – which were widely believed but have not yet been verified. The investigation having stalled in Birmingham led to officials… looking more widely for what they had not found there. In other words: if you hear that something is happening in Birmingham but you can’t find it, look somewhere else – especially if you are a government which wants to suggest generally that they are dealing with the Muslim threat (which is a subtle way of telling people there is such a threat without saying so).

All this led to Ofsted making a snap inspection of Sir John Cass and the six faith-based schools as part of a programme of checking up on selected schools to see whether any “Muslim extremism” had crept in. The reports, published on 21st November, detail what they found. The good news is that even Education Secretary Nicky Morgan MP admitted that “there is no suggestion of a co-ordinated plot.” The bad news is that in a letter to the Education Secretary, Ofsted Chief Inspector Sir Michael Wilshaw states, “I am extremely concerned about the large number of failings in each of the six independent schools inspected.” He goes on to say, “I believe that, in all six schools, pupils’ physical and educational welfare is at serious risk” and “I am concerned that pupils in these schools may be vulnerable to extremist influences and radicalisation”.

It will take a while to wade through all the reports and assess the findings in detail and work out how Sir Michael justifies his conclusion. All six Muslim schools are of course faith-based schools and teach on that basis. Just teaching a faith does not imply that schools are turning out potential terrorists – otherwise all the UK schools that teach Christianity (and the law requires maintained schools to do so) would be shut down lest it transpires they have created the mad Christians who conduct unspeakable massacres in the US. Many of the six schools inspected and reported on are in fact linked with aggressively moderate and anti-terrorist Muslims. Nowhere has Ofsted considered what it’s contribution to the demonisation of Muslims will lead to by way of provoking a reaction.

There is also at least superficial evidence of a lack of wider cultural sensitivity on the part of the Government and its inspectors. Ofsted found that some of the pupils in the Islamic sector did not know the difference between sharia and British law. However, we also know that many pupils of all backgrounds in maintained schools in the Borough have a shaky understanding of several aspects of the British state: how the tax system works, what the differences are between the various kinds of political representatives at local and national level, and how to find relevant further education are all examples we have come across.

At least they can’t pin this one on Lutfur Rahman. As Robert McCulloch-Graham, Corporate Director of Education, Social Care and Wellbeing said in an immediate press statement on behalf of the Council, “As a local education authority, we have no jurisdiction whatsoever over teaching and standards at independent faith schools. This is Ofsted’s area of responsibility.”

Well, we say they can’t pin this one on Lutfur Rahman – but they probably will.  The hunt for vestiges of extremism has put the school in the spotlight for all the wrong reasons. There are racists living and working in Tower Hamlets. Young people – white, with a Christian heritage – have been among those cheering on the EDL over its various attempts to march in Tower Hamlets over the last four years and have gone out to vote for UKIP on the basis that they see it as the party that is cracking down the hardest on non-whites. In that sense, the children of Tower Hamlets, are the victims – not of Muslim extremism, but of the double standards-fueled witch-hunt against it which is setting back our attempt to develop an equal society.

One, two, three!
Urgent: you can help stop Eric Pickles sending in commissioners to take over Tower Hamlets Council.
One:  Click the link
Two: Sign the petition
Three: Send the link to everyone you know
https://www.change.org/p/eric-pickles-pickles-ballots-speak-louder-than-bullies-hands-off-tower-hamlets