Don't Miss
Home / Featured / Nurse: Blair’s got out of his room again! 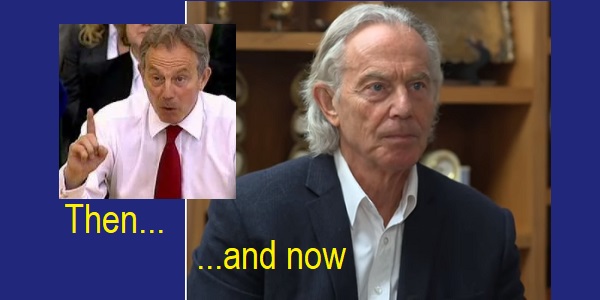 Blair asks Parliament to back his invasion (left) and, 20 years later, tells the world that withdrawal is "imbecilic" (right).

AMONG THE most sickening sights at the end of the western occupation of Afghanistan has been that of former Prime Minister Tony Blair – lecturing us on what the UK should do about foreign policy.

Blair played his part in destabilising Jeremy Corbyn’s leadership of the Labour Party. Now he is back once more – doing a passable impression of David Icke and mapping out what the UK should do next about Afghanistan. Has he not noticed that he is no longer part of the Government, no long even an MP? 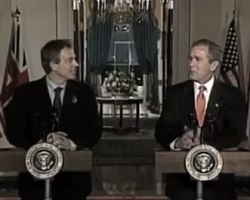 Bush and Blair face the White House press after the invasion of Afghanistan.

The worst of it is that it was Blair that got the UK into this mess in the first place. He was full of it when the US-led Coalition invaded Afghanistan – keen for other mothers’ sons to do his patriotic duty for him, while he paraded in front of the world’s press with US President George Bush (see him beam!).

Now the world faces the consequences of Blair’s foreign policy, an apology from its architect would be welcome – though it wouldn’t earn forgiveness. Instead he tells us that leaving Afghanistan is wrong, using the offensive word “imbecilic”.

He compounded his error by backing the US invasion, and occupation, of Iraq. He scraped through a Commons vote on that military action, even though the document he presented as an objective justification of the invasion of Iraq was exposed as a slightly amended plagiarism of an article written by a US postgraduate student, spiced up by other unattributed bits of conjecture someone found on the internet.

He was eventually called out by the Chilcott Inquiry in 2016: he rejected the Inquiry’s findings, but he managed to force out an expression of sorrow that some British troops had lost their lives.

Thus Tony Blair rendered Labour unpopular – and, eventually, unelectable. Labour MPs were seeing their number decline as the Labour vote shrank with every passing General Election, and they put the pressure on. Blair eventually resigned in favour of Gordon Brown, who had told everyone that he would be a better leader – showing the world how gullible desperate Labour MPs can be. It was a tactic deployed years later by Keir Starmer.

Blair was given a pretend job by his mates in the UK and US establishment to keep up the pretence that he was competent and important – and that was the end of him and his colonialist views. Or at least it should have been. We can only hope that this unwelcome popping up and giving his opinion is merely a lingering delusion that he is important and people are interested in what he has to say – and not evidence that he played an active part in the anti-Corbyn Labour establishment all the time he was in exile. 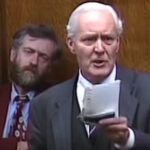 Tony Benn MP tells the House of Commons why he will not support the invasion of Iraq.

●Tony Benn MP, speaking in the parliamentary debate on invading Iraq (with a young Jeremy Corbyn sat behind him. 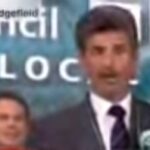 Keys speaks at the Count – and Blair has to listen.

●Reg Keys stood against Tony Blair in Sedgefield at the 2005 General Election. His dogged campaign against the war in Iraq made Blair, for one uncomfortable moment, confront the consequence of his action. If you watch it once, you’ll never forget it.

●Read more about it:
Tony Blair escapes prosecution
Blair? He’s having a laugh!

2021-08-23
admin1
Previous: Free drinks if You Love Sport
Next: John Reed fun and fitness is coming to Shoreditch