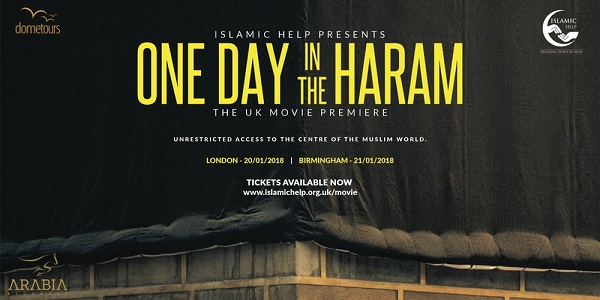 One Day In The Haram debuts at Genesis

A SHORT CINEMATIC masterpiece by acclaimed director Abrar Hussain took centre stage in London’s East End as crowds flocked to the Genesis cinema to watch a feature documentary film based on The Haram in Makkah.

One Day in the Haram was produced as a collaboration between Arabia Pictures and Al Reasah Haramin and tells the extraordinary story of the Haram in Makkah. Director Abrar Hussain spent over a year researching different aspects of the Haram to bring the most complete and compelling vision of the holy sight ever produced.

For the first time in history guests were able to witness the inner workings of the Haram, as seen through the eyes of the workers, over a full day period. The workers represent the human face of the Haram, and the film explores the work they do as well as the spiritual motivation of the employees.

Hussain organised the film across the five daily prayers (Fajr, Dhur, Asr, Magrib and Isha), focusing on the jobs carried out by different departments of the Haram within these time frames. Key scenes include a focus on the social media of the haram, the cleaning department, the Imams, ZamZam water, religious affairs, maintenance, IT department, and the Kiswah cloth.

The film is introduced by the President of the Custodians of the Two Holy Mosques, Dr. Abdul Rahman Al-Sudais. 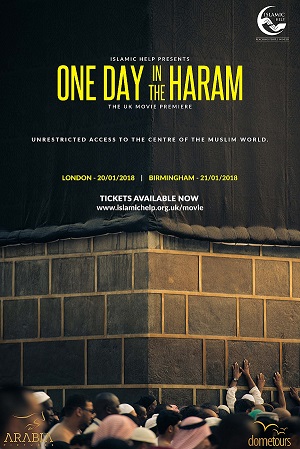 In an interview with Twasul, Executive Producer Abdululeh Al Ahmary said that the work came at the “initiative of the Custodians of the Two Holy Mosques, specifically by its President, Dr. Abdul Rahman Al-Sudais, and aims to raise awareness of the modern Haram, and to spread the true image of Muslims, their culture, and the definition of the Holiest place on Earth.”

Al Ahamary said, “The aim of this work is also to show dedication and faith, in addition to instilling peace in the hearts of the viewers of the film.”

Abrar Hussain is a British film producer and was or previously a Series Producer at the Islam Channel. Hussain directed and produced the popular returning TV shows Model Mosque (2007) and Faith Off (2008).

He said,”It was just great to see that the screening was sold out, and there really is a massive demand and appetite for Islamic film content right now. I feel privileged and honoured to be part of this historic film. The audience feedback was really amazing. One Day in the Haram was designed and filmed to be shown on huge screens, and I feel that the audience benefited from seeing the film in the way it was meant to be shown.”

Hussain began the pre-preproduction on One Day in the Haram in June 2015. Initial research included working closely with the Haram media department Al-Reasah Haramain. In an interview with Arab News, Hussain said he “wants to show how successfully the mosque is run, how organised its departments are, and how seriously its workers take their jobs.”

As part of the research Hussain conducted detailed analysis of 60 different departments within the Haram. He interviewed many of the employees of these departments to ascertain which departments and employees would be the best fit for the film.

Campaigns manager Toyris Miah from Islamic Help added, “Islamic Help were delighted to have co-ordinated this ground breaking event at the iconic Genesis Cinema in London’s East End. Not one single guest on the night left without raving about the show. We are proud to have worked with Abrar Hussain to deliver such a great service to the community.”

The documentary, which includes never before seen footage, is a film that anyone with even a passing interest in Islam is encouraged to see.

•For more information about Islamic Help, go to:
www.islamichelp.org.uk