Out now: winter releases to make you dance and chill

A new voice from Panjab 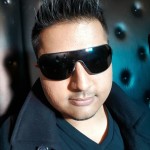 “Write about what you know,” they tell young writers – and Abs Abrol has done just that. His first single, “Kudi Naraina Di”, is all about his home town, Naraina in New Delhi – though the theme is universal. “This song is about a true depiction of how the town of Naraina is,” says Abs. “It’s about how girls get all nicely dressed up to go out to parties or even to meet their friends and how the boys wanna talk to them.”
Abs’s lyrics, his voice intoning with its light, folky sound, skip over a rhythmic backing track. It’s not the heavy tune you need on a Saturday night when you’re letting it all hang out, but it’s very catchy – a good warm up number. And it’s sung – literally! – from the heart, as this self-taught songster let’s his passion for music shine through.
Abs is studying in the UK right now, which he manages alongside working hard to break into the music scene. He’s influenced by Bollywood in general (as portrayed on YouTube in particular), while his personal music favourites include Sting, Dr Zeus, AR Rahman, Dark MC and Drake. It’s little surprise, then, that he has set his heart on remaining true to himself, as an individual. Abs explains, “I’m on a mission to bring something new and different to the music arena. I didn’t want to do the typical Chandigarh or Ludhiana style of track.”
“Kudi Naraina Di” is out now, available to download via iTunes and other digital platforms.
•Keep in touch with Abs’s work on:
https://www.facebook.com/indianbynature7?fref=ts
https://twitter.com/@absabrol 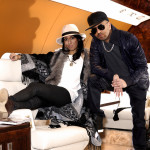 North London siblings Manoj and Kamini Tailor have released a new single, showcasing their varied background and cross-cultural influences.  So far, we have only been able to listen to a short promo video: it is a little tease, not really making clear how this track will develop.  It’s a good start, though: a relaxed track, which a haunting vocal – their promoters are spot on when they describe it as a “an aural soundscape”, right to call it “understated”.
Manoj plays as many instruments as possible but is currently really enjoying the piano. He explained, “The first song I produced was called M2K Phenomenon. It was No1 on Zee Music for 4 months and broke Club Asia chart records by remaining in the Top 20 for almost five months. My second single M2K Bekaraar hit the number 1 spot on Club Asia for 7 weeks.”
Sibling Kam is currently perfecting her singing, learning to master the harmonium – and contributing the haunting vocal. The duo’s new single “Tujhe Pyar” is available now from iTunes and other digital platforms.
•Keep up to date with M2K on Twitter:
@M2KMusic 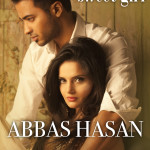 Abbas Hasan has had quite a month: he has signed a deal with the Pan-Asian Film and Music Awards academy (PAIFMA); he become the new face of international fashion brand Mastrioni’s latest campaign; and  on 19th November he released his new single, “Sweet Girl”, produced with Rishi Rich’s protégé Naamless. The accompanying video, directed by top Persian director Amir Taherian with styling by Prangsta, introduces a new co-star for Abbas – fellow Canadian actress Armeena Khan, star of Writhe, which played at the Cannes Film Festival, and Bin Roye.
Abbas commented: “It’s been a crazy few months for me, and I know my habibis have been waiting a long time for this one. I can’t wait for you to see what I have in store for you!”
Turning to the PAIFMA announcement, Abbas commented: “Of all the honours I’ve held over the past few years, it feels overwhelming and extra special to have the academy supporting my work, as my belief is that music and the arts are intended to bring people together and break boundaries. As an Asian artist this message rings true to everything that I do.”
•Keep in touch with Abbas Hasan on Twitter:
@ABBASHASANmusic

New Female Producer in the House! 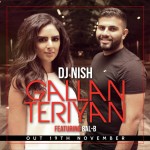 DJ Nish, a brand new producer on the Asian music scene, has this week released her debut single, “Gallan Teriyan”, featuring Bal-B. A music lover who started DJing at just 16, DJ Nish is now one of the most in-demand female DJs in the UK. Her skills and expertise in various genres of music have seen her entertain dance-floors across Europe. This year DJ Nish has taken it to the next level by applying her musical knowledge to the world of production, creating her first Punjabi single perfect for any party.
•Keep in touch with DJ Nish on Twitter:
@NishNusound

[Adverts]
2015-11-23
admin1
Previous: Johnny Greaves awarded manager’s licence
Next: “So it goes” has come to town