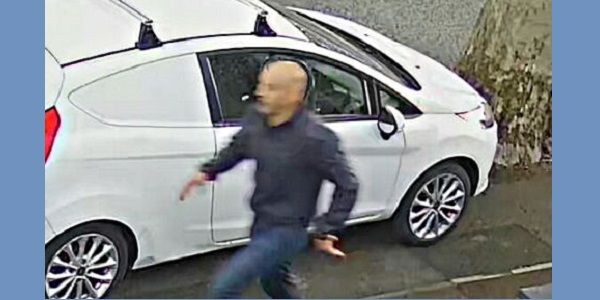 Police appealed for help in identifying this man and later went on to make an arrest.

Police appeal for witnesses to fatal collision in Dagenham

A MAN HAS been identified, found, arrested and charged with causing death by dangerous driving after a collision in Dagenham left the driver of another vehicle dead at the scene of the accident.

Police were called out just after 6am to 30th April as reports came in that there had been a road traffic accident on Heathway, at the junction with Oxlow Lane. Officers attended the scene of the accident and found that two cars – a white Mercedes C220 Sport and a white Ford B-Max – had collided with each other.

The London Ambulance Service also attended the scene. The driver of the Ford was pronounced dead at the scene. His next of kin are aware of this. It seemed that the people travelling in the Mercedes had run away.

The day after the collision, and after appealing to the public for help, police issued images and video footage of a man they wished to identify, find and question in connection with the collision.

Each year over 4,000 people are killed or seriously injured on London’s roads. The Metropolitan Police and Transport for London are working together in Operation Zero, which wants to eliminate death and serious injury on London’s transport network.

Three days later, on 4th May, police arrested Karolis Andriukaitis, 22, on suspicion of causing death by dangerous driving. The following day, he was charged with that offence and also with failing to stop and report a collision. He was due to answer the charges in Barkingside Magistrates’ Court the same day.

Detective Sergeant Mark Palmer of the Met’s Serious Collision Investigation Unit said; “I would also like to hear from anyone who has dash-cam footage of the collision or the events leading up to it. We know that another car, possibly a dark coloured BMW, was in the immediate vicinity of the incident when the collision happened and I appeal for the driver of that car to come forward and tell us what you saw.”

•Police are also appealing for anyone who saw the accident or its immediate aftermath, or who has any other information which may assist police, to telephone the incident room on 0208-597 4874 or ring them via 101 and quote reference CAD957/30Apr. Alternatively you can contact Crimestoppers on 0800-555 111 and give information anonymously.

•Read more about it:
Woman forced into car in Stratford: then what?
Police take action against super-speeders