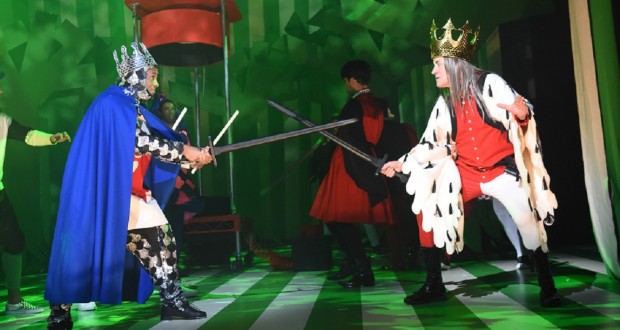 Robin’s in the Hood

Writers Trish Cooke and Robert Hyman reunite with director Kerry Michael for the first time since their excellent production of Dick Whittington in 2013. Robin Hood at the Stratford East Theatre is all about the array of fresh young talent being given an opportunity to blossom – and do this cast grasp that opportunity with gusto. 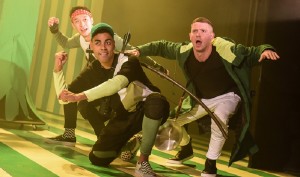 The story commences in Strattyham, with an energetic performance to engage the crowd courtesy of Robin Hood (Oliver Wellington) and merry men, Tuck (Geraint Rhys Edwards), Red (Alex Chang) and Titch (Ashley Joseph). The prince of thieves and his swashbuckling posse of merry men are content with robbin’ the rich to feed the poor – until a change in their daily lives leaves Robin and his companions having to take on the mantle of protectors of the town of Strattyham as they seek to save the good King Richard and the poor people from the evil designs of Prince John who plots to steal the crown. 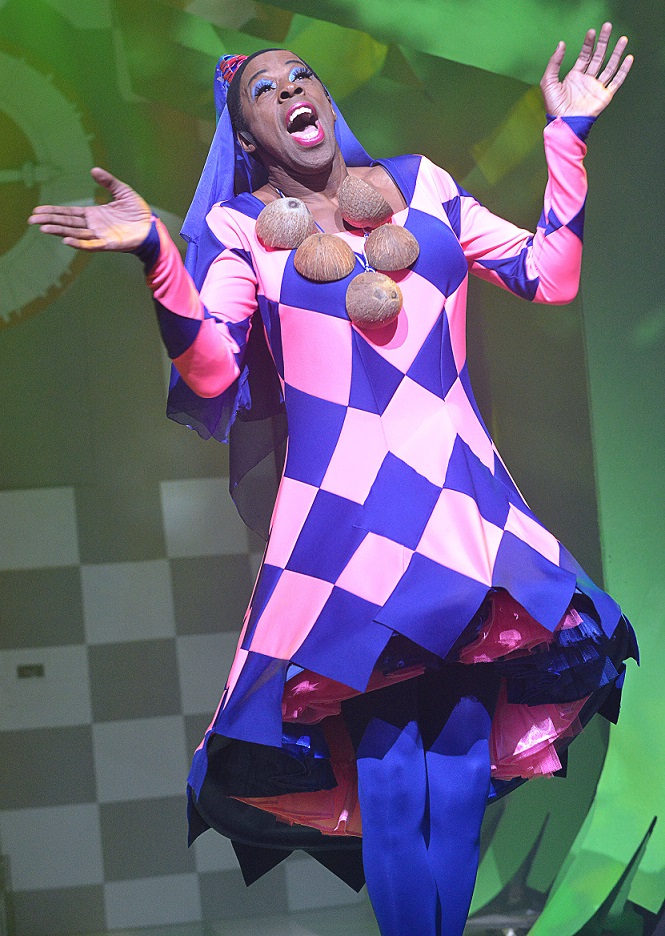 The excellent Derek Elroy who plays Nurse is the real star of the show and bought the house down several times. Nurse and Marion, who is played by the very talented Nadia Albina, meet up with Robin and his hood, and the crowd gain a sense of what is to come by way of Prince John. The King’s brother is played by Michael Bertenshaw and is a truly classic pants villain. Against the advice of his peers, Robin disguises himself to take part in the kingdom’s archery contests. His true identity is discovered and the cheery champion is arrested and locked in the dungeon with no release date. It is while wandering in the murky darkness that Robin meets and befriends the true King Richard (Ashley Campbell), brother of Prince John and father of Marion. King Richard had long been feared perished after being made to walk the plank by pirates. The pair escape thanks to a dragon and thwart plans for Prince John to marry Marion and publicly squash Robin and his men in the town square.

Robin Hood is banging – it’s totally thrilling from start to finish . This great panto treat for families is suitable for children of all ages. There is much fanfare, light and laughter with the audience regularly encouraged to join in… oh yes it does! Every song and dance during the whole show was top of the tree and exquisitely choreographed to infuse the production with much vibrancy and colour.

2015-12-24
admin1
Previous: Silk Court residents pull out all the stops for Xmas
Next: Visit Hampden Park – and experience football history