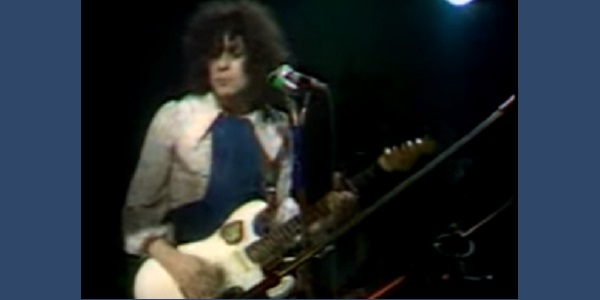 50 YEARS AGO the Charts recorded the best selling “singles” of each week. Have the hits of 1971 stood the test of half a century of time slipping by since they were released? Sadly, in most cases the top selling singles have not: with only some exceptions the number one hits of 1971 are either not memorable – or memorable for the wrong reasons. Join us as we look back and ask ourselves: “what were we thinking???”

The first number one record of 1971 is a case in point. Clive Dunn topped the first chart of the year with the novelty record Grandad. Dear reader, we do have our limits and we shall spare you. Let us skip to a record that hit the number two spot in January 1971: Ride a White Swan by T Rex.

Listened to on its own, it seems quite slight – but this single track was, arguably, the birth of the glam rock style that was to dominate the decade.  OK: there’s no eye-liner, no glitter, no… well, “glamour” – yet.  But there’s a good amount of pouting, some quite long hair and, in this live recording, some early 70s dungarees.

Harking back to the 60s, there’s lyrics which require the listener to apply their imagination. According to Bolan, they arose after someone had spiked his drink with LSD. Still, there’s a fine use of “da di di di da” in between some longer words. Looking forward to the 70s, there’s the twangy guitar sound which became their trademark.

We’ll hear more of Bolan and T Rex as we continue through the decade. In the meantime, here’s a live recording from 1971 – by a band which didn’t realise it had only six more years to make music together. Listen, and hear history being made.