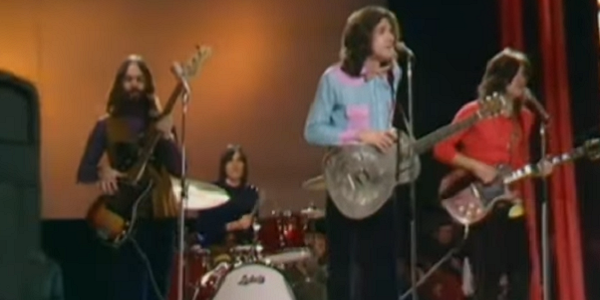 This week 50 years ago, Clive Dunn remained at number one with Grandad – and we’ve already said we’ll spare you that. Last week’s feature, Marc Bolan’s Ride a White Swan, was the first number two single of 1971. Looking down the chart for 17th January, we can find virtually nothing we dare bring you.

Fortunately, Apeman by the ever delightful The Kinks caught our eye – nestling at number eleven on 10th January. Again, it’s a case of the political message of the 1960s lingering on in a single which could be seen as species-ist by a grumpy listener – but pay close attention to the lyrics, which refute any such worries. Apeman is half way between novelty record and protest song, but let’s not quibble with Ray Davies. “I don’t want to die in a nuclear war,” he sings – and we’re still singing it 50 years later.  Hmph.