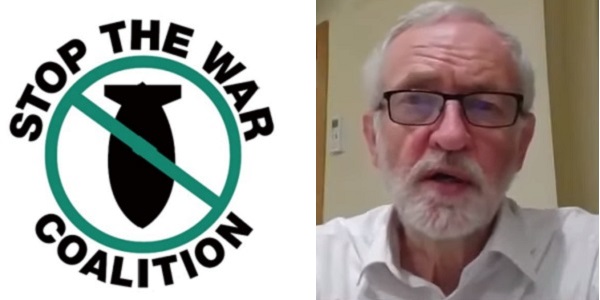 STOPPING WAR isn’t easy – as those who attended the AGM of the Stop the War Coalition (STWC) AGM last Saturday found out as they discussed the causes of wars, old and new, around the world.

The STWC came into being as a swift response to the invasion of Afghanistan by the western allies after 9/11.  In no time at all, it was also dealing with the invasion of Iraq.  More recently, the Coalition has been campaigning on the war in Yemen – and there’s always Palestine to deal with too…  Its work on all these issues has seen hundreds of thousands join in online events and become members of the Coalition.

All these conflicts were discussed at the AGM, alongside the latest bout of pugilism in Ukraine. The meeting gave overwhelming support to a motion which opposed the Russian invasion and called for a ceasefire. It also called for governments to do all they could to de-escalate the conflict: sending ever more weapons into Ukraine is more likely to prolong the war than lead to a military defeat of Russia.  Ending NATO expansionism is also a key aim of the Coalition.

The meeting concluded by listening to a message from Jeremy Corbyn and to Chair Shelly Asquith, who gave those present details of an international Day of Action which will be held on 7th May.