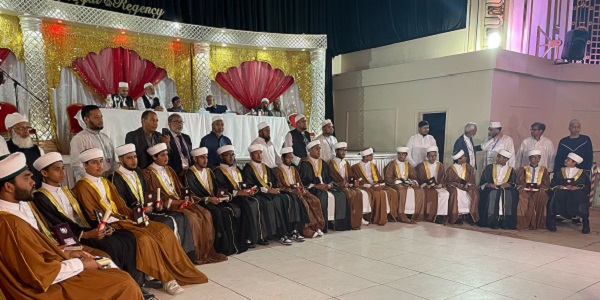 NINETEEN YOUNGSTERS earned the title of “Hafiz” and celebrated graduation after completing memorisation of the Holy Quran. The Quran Graduation Ceremony 2022 was organised by the Darus Salam Academy and Welfare Centre, Newham.

Hafiz – literally meaning “guardian” or “memoriser”, depending on the context – is a term used by Muslims for someone who has completely memorised the Quran. Hafiza is the female equivalent. The grand event was held at the Royal Regency, Newham, and attended by students and their families.

Darus Salam is a Mosque and welfare centre in Manor Park, Newham which is a focal point for the local community. The centre provides educational services for local Muslims as well as open days and activities for the community in general. Community activities include women’s activities and empowerment; engagement programmes; anti-knife and anti-bullying awareness; counselling; health advocacy; drugs awareness; counselling; and food distribution. Members promote tolerance, and aims and objectives are achieved using democratic means.

Hafidh Ershad Ullah, Headteacher at Darus Salam Academy, spoke during the event, saying, “I am extremely honoured to be the headteacher of Darus Salam – and really proud of the achievements of our pupils, parents and staff. Congratulations and well done everybody.”

Graduating student Hamza Yunus added, “It’s been a hard and uphill slog but with the support of our family and friends we have reached the finishing line. Well done to all my fellow students on this memorable day.”

Parent Sirajul Islam commented, “I am honoured to have been part of the team that set up this programme at Darus Salam and it gives me immense pleasure to be here today. These are students who volunteer with the homeless, they are active citizens and an asset to British society. We should all be tremendously proud of them!” 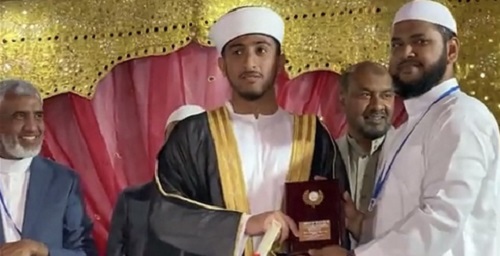 ●Read more about it:
Have you lost 150 Qurans in the Poplar area lately?
Community exhibition and talk at the Hedgecock