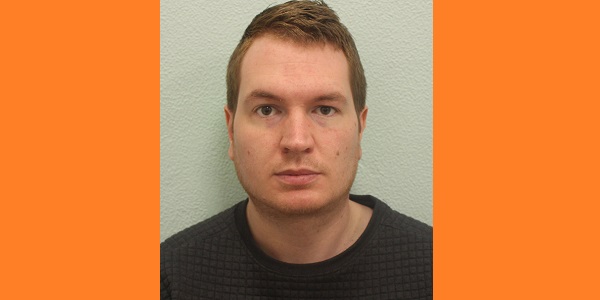 James Bennett: on the run after being convicted of fraud

DON’T RENT A ROOM from this man. He is James Bennett, 32 – and he’s now a convicted fraudster and he’s on the run.

Bennett carried out his fraud on unsuspecting private tenants from late 2015 to December 2016. He advertised rooms for rent in various south London boroughs on a well known property website – even though he did not own the rooms or have permission to let them out. When desperate prospective tenants contacted him, he took deposits of up to £725 from them. It is estimated that he fraudulently obtained over £10,000.

Bennett operated quite openly and brazenly. He did not adopt a false identity and gave his victims copies of his passport and other documents in an attempt to prove his authenticity. Many of his victims only realised that they were the victims of a fraud when they tried to move in to what they thought was their new rented home. Victims lost money – and were left homeless, looking all over again for somewhere to live.

Bennett was arrested in November last year. At first he denied having committed fraud, but the police presented him with their evidence and in May 2017 he made a full confession. He appeared at Camberwell Magistrates Court, charged with 17 offences and the case was referred to the Inner London Crown Court for a hearing on 11th December.

Bennett did not attend the hearing, which convicted him in his absence and issued a warrant for his arrest. The Court heard that Bennett had a long criminal record which included convictions for fraud and perverting the course of justice.

Bennett is described as white, very tall (around 6ft 7ins) and with ginger hair. He is said to speak with a slightly posh southern English accent. He is know to have connections around south-east London and Winchester.

Anyone who sees Bennett or has any other information about his whereabouts is asked to contact DS Adam Clifton of Southwark CID on 07747-765 719 or via 101. Alternatively, you can call Crimestoppers on 0800-555 111, where you can give information anonymously.