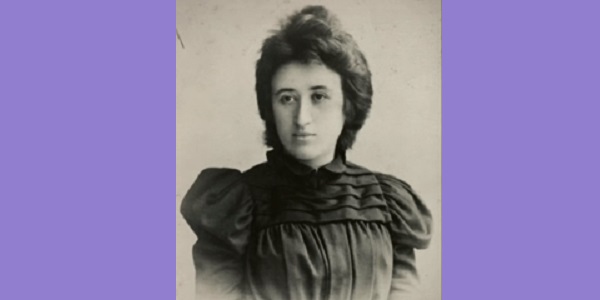 AS WORLD leaders look for a way to repair a global economy deeply injured by the first wave of Coronavirus, we look this month at the struggle between the wealthy and the workers – and what’s been said about it.

“One day, when the world market is more or less fully developed and can no longer be suddenly enlarged, and if labour productivity continues to advance, then sooner or later the periodic clashes between productive forces and market barriers will begin, and because of their recurrence, these will naturally become increasingly rough and stormy.”
Rosa Luxemburg, 1871-1919, Polish/German politician, talking about how global capitalism – because it relies on economic growth to deliver its profits – cannot be sustained indefinitely. Luxemburg went on to say that the choice for the world is not whether capitalism can be sustained, but which direction the world takes afterwards.

●Read more about it:
Thought for today
The Thames today