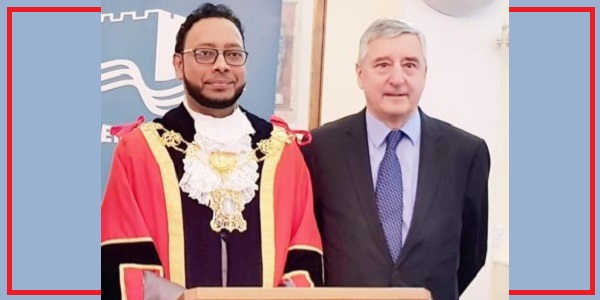 Cllr Miah *left", on being made Speaker - together with some bloke called Jim who used to hang around the borough.

Cllr Miah does not tweet much. In two years he has managed a handful of re-tweets and just one statement – an announced that Labour Party members in his ward back Rushanara Ali MP. But those two words quoted above are important ones: he wrote them at the bottom of the councillors’ open letter asking John Biggs to reconsider on the Tower Rewards issue.

●If you would like to drop Cllr Miah an email or text to thank him for this, contact him on:
07961 566066
Cllr.Ayas.Miah@towerhamlets.gov.uk