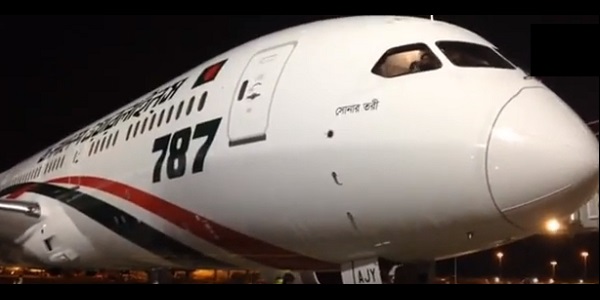 IT’S ANOTHER U-TURN for the UK Government, with the announcement that they have chartered four flights to bring up to 850 British citizens back to the UK from Bangladesh.

The flights are open to tourists, short term visitors and their direct dependents who are normally resident in the UK. These qualifying details will be checked before tickets are issued. Tickers must be booked in advance and will not be available at the airport. Travellers who are elderly or have underlying health conditions which would make them especially vulnerable to COVID-19 will be given priority when tickets are allocated.

Tickets will cost £600 each. The balance of costs will be met from the Government’s £75 million allocation to fund repatriating British citizens from countries where commercial flights are currently not available. Flights will depart Dhaka on 21st, 23rd, 25th and 26th April, with connecting flights from Sylhet available.

Tariq Ahmad, Minister for South Asia and the Commonwealth, said that the operation was justified by the unprecedented global circumstances. “Foreign Office staff in the UK and Bangladesh have been working tirelessly with the Bangladeshi authorities to help British travellers who want to come back to the UK, and these flights mean people can now do that,” he said.

Robert Chatterton Dickson, British High Commissioner to Bangladesh, confirmed that the Commission in Dhaka would stay open to assist British citizens who are in Bangladesh.

The government announcement in respect of Bangladesh came some days after arrangements for flights to repatriate some 6,500 people from India and Pakistan had been announced. Over 7,000 people have been repatriated from 13 countries to date. The number of British citizens still stranded overseas is thought to be in the tens of thousands, with the UK having organised fewer repatriation flights than most European countries.

The Bangladeshi Government has restricted flights in Bangladesh, with Biman Airlines having suspended domestic and international flights (including those to and from the UK) until 30th April.

If you want to travel but cannot complete the online application form, or if you do not have funds to pay the cost of tickets and wish to apply for a loan to cover the cost, send a text containing your full name (only your name, with no other information) to +44 786 009 3014 and a member of the High Commission staff will telephone you.

•To book tickets, go to:
Tickets

•To read the UK Government’s full advice on travel to and from Bangladesh, go to:
Advice