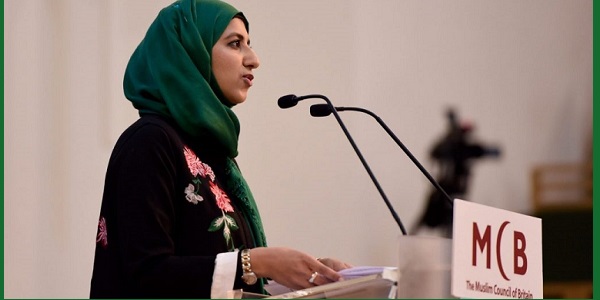 IT’S A FIRST for the Muslim Council of Britain (MCB) – which has just elected its first woman leader. She is Zara Mohammed. Also contesting the election was Ajmal Masroor, who was the runner up.

The MCB is an umbrella body, and its affiliated constituent organisations all took part in the election. Commenting on her election success, Ms Mohammed looked to the future, saying, “My vision is to continue to build a truly inclusive, diverse and representative body; one which is driven by the needs of British Muslims for the common good. Being elected as the first female Secretary General is quite an honour and I hope it will inspire more women and young people to come forward to take on leadership roles. They are the future of this organisation and our society.”

Taking up her post will be a very short journey for Ms Mohammed: before winning the election, she was the Assistant Secretary General of the MCB.  She has a background in the legal profession – having obtained a master’s degree in Human Rights Law. She has also worked as a training and development consultant. 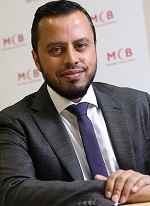 The change at the top came about because the previous Secretary General, Harun Khan, had been in post for four years – the maximum allowed in the constitution.  Looking back on his time in office, Mr Khan said, “It has been a privilege and honour to serve our communities over the past four and a half years as Secretary-General of this great national institution. There have been some amazing achievements during my tenure which stand testament to the dedication of volunteers, staff and our members. I wish the very best of success to Ms. Zara Mohammed – may she continue to lead this organisation to greater heights for the betterment of our communities across the country.”

The MCB is the UK’s largest grouping of Muslim organisations. It brings together mosques, Islamic schools and community groups. Ms Mohammed will serve for a two year term of office, after which she may stand for re-election for one further term. However, considerations of what might come next will be far from her thoughts today

●Domestically, she will have to take on the challenge of the COVID-19 pandemic – and how the UK government is handling it. How is it that the BAME community, to which so many of the UK’s Muslims belong, is suffering disproportionately badly from the virus? What can be done to correct the injustice behind this inequality?

●Looking across the world, UK Muslims are concerned about what is happening to fellow Muslim communities. The MCB has already taken a lead on campaigning to stop the Sri Lankan Government from outlawing Muslim burial practises in respect of those who have died of Covid.
•The campaign needs to increase its profile and allow UK Muslims to be part of pressing the Sri Lankans to stop this discrimination.
•Also of concern are the Rohingya people and the Uighurs in China. Both of those communities are surviving persecution and inhumane and degrading treatment which is tantamount to mass, indiscriminate torture. The world is trying to look the other way, and their gaze must be direct to stopping this suffering.

Ms Mohammed has her plate full – but she has enthusiasm and commitment, as well as a willing Muslim community looking for social change at home and overseas.

2021-02-01
admin1
Previous: Man charged after double murder in Ilford
Next: Police seek this man after alleged rape in Beckton