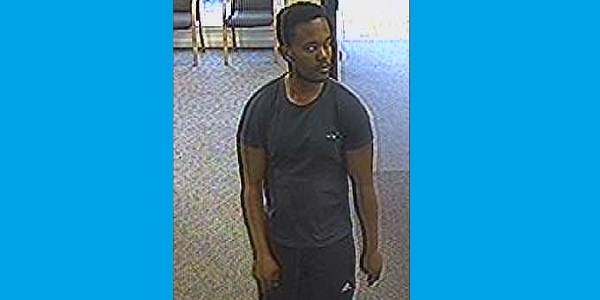 The man police wish to identify, locate and interview

Who is Chingford street assailant?

THERE WAS A serious assault in Chingford last October – and police have not given up their quest to find their suspect. Detectives undertaking the investigation have now released CCTV footage of a man they wish to question.

It was nearly 5pm on 25th October last year when reports came into the police that there was a man in Chingford Mount Road, E4, suffering from serious injuries.

What police believe happened is that a 53 year old man and two companions went into the nearby branch of Barclays bank to withdraw some cash. The bank was closed, but they could see that a man was still in there. He was later let out of the closed bank by a member of staff.

As the 53 year old man and his companions began to walk away from the bank, the man felt a blow to the side of his head, which knocked him to the ground. As he fell, they realised that the man they had just seen in the bank was level with them – and was running off towards New Road.

The suspect is described as a black man with short dark hair. He was wearing white trainers, a dark T-shirt and blue tracksuit bottoms. The victim was taken to an East London hospital, where he was found to have a fractured jaw. He has since been discharged from hospital.

Detective Constable Noble Adu Agyapong from Waltham Forest CID said, “Eight months has passed since this violent and unprovoked attack and I am committed to finding the person responsible. A number of lines of enquiry have been followed up during the investigation and I am now appealing to anyone with information about the attack or the whereabouts of the man in the CCTV to get in touch.”

•Anyone with information is asked to contact Waltham Forest CID via 101, quoting the reference CAD 5690/24OCT17. Alternatively, you can call Crimestoppers on 0800-555 111, where you can give information anonymously.

2018-07-15
admin1
Previous: SEARCH finds jobs for SEN youngsters
Next: How to lose Respect and influence over people