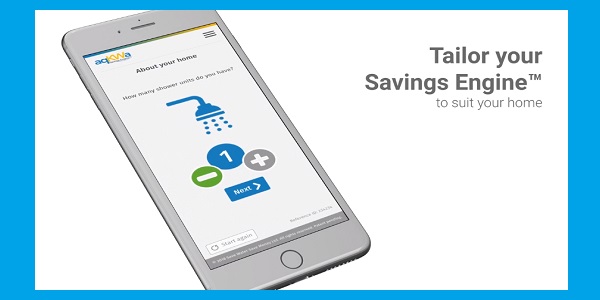 AS THE HEATWAVE continues, we are all thankful that we live in a country where we can just turn a tap to get water for our daily needs. However, the water that we capture and process and deliver to households often ends up being wasted.

We all pay for the water we use, so how much is wasted is really important to us all. Save Water, Save Money is a company which tries to find ways to save water and persuade people to take them up. It is not immediately apparent how the company earns money from such altruism – but we’ll come back to that.

The company believes that Londoners use over 3.6 billion litres of fresh water every day, at a cost of around £1.2 billion. (The same figure is often quoted as the cost of running the entire borough of Tower Hamlets.) That’s 150 litres per person: and only 4% of that is water for drinking.

Recent data from a survey conducted on behalf of Save Water, Save Money shows that some of the water we use just goes to waste – through leaking taps or inefficient practices. We all have an interest in reducing that waste. Those of us with water meters know we will save money, and those of us without water metres would also pay less overall if there was less waste.

The survey estimates how much households spend on water each year – and it’s bad news for most of East London.  The lowest average spend is in Sutton, with outer East London borough Havering coming in second place at £282.33. The rest of East London boroughs are at the bottom of the table. Newham is last but one (£459.46), Tower Hamlets just above them (£434.59), then Redbridge (£428.57), then Hackney (£412.56).

The factors that influence the levels of spending are not clear. One of them may well be waste, but factors such as the age of properties and level of maintenance may also kick in.

Save Water, Save Money has offered a list of tips for how to reduce your household’s water waste and therefore save money. The company has an online tool, the aqKWa Savings Engine which claims to help those who use it save an average of £88 per year.

In the interests of our readers, we got the nearest person in the office to use the tool. There was a slight hiatus while we tried to log on to the tool using the password provided and had to re-set it twice. It only took around five minutes to answer the questions, which included topics like whether she had a dishwasher and how often she watered the garden.

At the end of which the tool announced it believed that she could save £12.58 a year by following a few simple tips. Perhaps the savings were low because our guinea pig lives in a housing association flat: you can’t fit a dishwasher into the tiny kitchen and it doesn’t have a garden. What was disappointing, though, was that the website didn’t tell her what the simple cost-cutting tips were. It did, however, offer her the opportunity to buy her gas and electricity from Save Water, Save Money – which seemed to be the only hint at where the company may be able to generate income for itself.

Save Water, Save Money offers nine other general tips for saving water. Five of them relate to how to water your garden. Three are the fairly standard water and energy saving options promoted by government when it’s in the mood: turn off the tap when you brush your teeth; cut a minute off your shower time; fix dripping taps.

The tenth tip is to buy a water saving kit from the company. For a fiver, you can obtain a balloon to put in your toilet to reduce the water used per flush; tap inserts to reduce the water flow; and timers to use to remind you to shorten your shower and turn off the tap as you brush your teeth.

So far, so good – but we couldn’t help noticing that Thames Water reported that it lost 677 million litres of water per day in 2016/17. That’s the equivalent of the 150 litres (which Save Water Save Money claims is the daily usage of Londoners) daily usage of over 4.5 million people. Government investment in infrastructure repairs to halt that leakage would save far more water, far more quickly, than individual contributions of £12.58 per year. Save Water Save Money could consider adding that goal to its list of what it is trying to achieve.

•Read more about it:
Thames Water says go easy on the water
Jog on Hijabi on a mission for fresh water