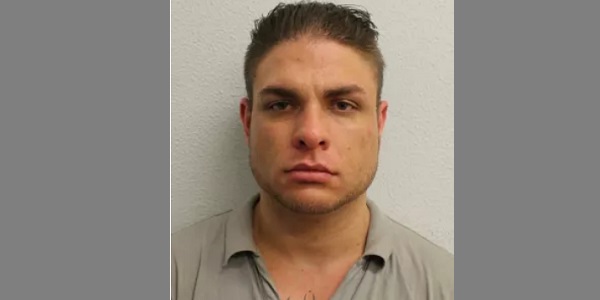 A MAN HAS BEEN sentenced to nine years in prison, with four years extended licence because of the danger he poses to the public, after being convicted of a range of offences in connection with an attempt to abuse a young woman.

He is Aaron St Omer, 32, of Woodford Green. He was sentenced last Friday after being convicted at Snaresbrook Crown Court on 30th January of the following offences:
•arranging/facilitating the commission of a child sex offence (Sexual Offences Act 2003);
•supplying class A drugs;
•the possession with intent to supply class A, B and C drugs;
•the possession of an offensive weapon.

St Omer was found by the Metropolitan Police Online Child Sexual Exploitation and Abuse Unit – who found online evidence that he was trying to gain control of a 12 year old girl, whom he intended to rape and torture. Police arrested him in Old Street on 10th August last year.

Detective Constable Paul Mathewson of the Met’s proactive Online Child Sexual Exploitation and Abuse unit said, “Aaron St Omer is a dangerous paedophile who, based on what officers found in his bag, fully intended to go through with the horrific acts that he alluded to online. This conviction sends out a message to all paedophiles that we are committed to finding them and bringing them to justice, so that they will have to face the consequences of their actions.”