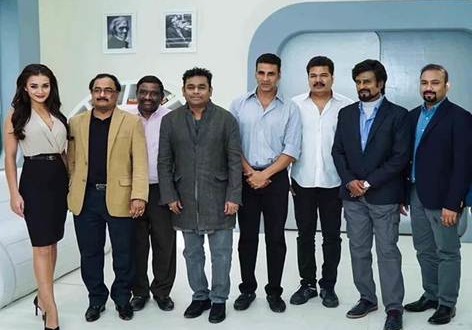 Akshay Kumar is making his debut in the Tamil film industry by starring in Robot 2.0, the sequel to the Tamil film Enthiran, alongside megastar Rajnikanth. This is the first time such a Bollywood superstar has agreed to appear in a Southern Indian film in recent times. Amy Jackson will play the female lead and the music will be composed by Double Academy Winner A.R Rahman.

Special consideration is being given to making this action movie world class. Action director Stunt Silva will be in charge of training local stuntmen, who will in turn be supervised by Hollywood action directors. The special effects will be created along with a team of VFX professionals.

The film set has been constructed in Poonamalle, West Chennai, Tamil Nadu. Akshay arrived at Chennai at the end of February, where he was warmly greeted by the airport staff – who marked the occasion with a group photo. Filming was due to start in early March and continue for several weeks.