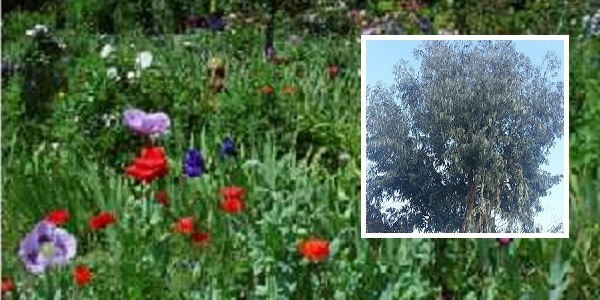 IS YOUR EUCALYPTUS about to explode? Or on the point of poisoning some four-legged friends? This month’s Voice, newsletter of the East London Garden Society (ELGS), warns the tree could pack a bigger punch than you might expect.

Not many of us are growing eucalyptus trees in our window-boxes, but there are a few specimens around the borough. Eucalyptus is not a native tree, and its habits may not be well known to native gardeners – which is one reason why the Government has brought in regulations about its cultivation. Who knew?

The same question could also be asked about glyphosate – the subject of another feature article. This chemical, widely used in weedkillers, is now causing concern to environmentalists and public health experts.

A study in the USA has found traces of glyphosate in a test sample of the population in California, while other scientists are beginning to worry about what it does to the human body. Monsanto, the global company which produces the chemical says its perfectly safe. Read a quick summary of the problem in Voice.

On the policy front, Voice issues a gentle reminder to the Council that it’s time to start work on bringing parks and other open spaces up to scratch and goes on to point out the social benefits of cultivating waste or derelict land.

Finally, it’s back to good news – with a note on how to cook amaranth. No, we’re not telling you what it is – go and look!