ELN: The leader of the world’s Anglicans, Archbishop of Canterbury Rowan Williams, launched a rare attack on Britain’s coalition government on Thursday for introducing radical reforms “for which no one voted.”In the most outspoken political intervention by a Church of England figure for two decades, Williams wrote in the New Statesman magazine that lack of consultation over health and education cuts had caused “anxiety and anger.”Since it formed in May 2010, the coalition government has introduced tough austerity measures to cut Britain’s huge deficit, sparking protests and domestic criticism.”With remarkable speed, we are being committed to radical, long-term policies for which no one voted,” Williams wrote in the left-leaning New Statesman, the latest edition of which he guest-edited. “At the very least, there is an understandable anxiety about what democracy means in such a context,” he added, according to an article on its website ahead of the publication of his full comments. His political intervention is the most serious by a senior churchman since 1985, when the then archbishop of Canterbury, Robert Runcie, published a harsh critique of the government of Conservative Prime Minister Margaret Thatcher. Williams was also critical of Prime Minister David Cameron’s flagship “Big Society” policy which encourages community and charity groups to step in — describing it as a “stale” slogan that is viewed with “widespread suspicion”.”Government badly needs to hear just how much plain fear there is around questions such as these at present,” the archbishop wrote. The prime minister’s Downing Street office said the measures were necessary. “This government was elected to tackle the UK’s deep-rooted problems,” a Downing Street spokeswoman said.”Its clear policies on education, welfare, health and the economy are necessary to ensure we are on the right track.”The International Monetary Fund (IMF) on Monday firmly backed the British government’s policy of cutting public spending to slash its massive structural deficit, despite shrinking economic growth.

2011-06-10
admin
Previous: Are we ready to curry favour with Olympic visitors?
Next: The London Eyes 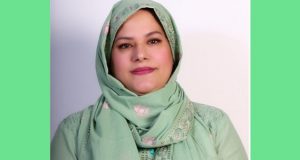