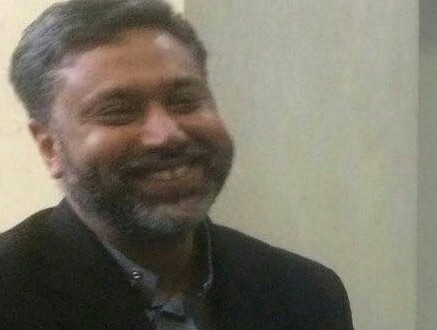 Arrest made in Greatorex Street murder

A 43 year old man has been arrested on suspicion of murder after an incident in Greatorex Street, Whitechapel in the early evening of Monday, 14th September.

The London Ambulance Service went to Greatorex Street to attend to the victim or victims of a reported stabbing. At 6.38pm, ambulance staff called the police, who have confirmed that when they attended they found a man, whom they described as being in his 40s, who was suffering from very serious stab wounds in his upper body. The man died at the scene, shortly after the police arrived.

The police have confirmed that the next of kin of the victim have been informed of his death and that formal identification is awaited. However, the victim has been named locally as Zakariya Islam, a father of three who lived locally and had been working at the Ruqya Therapy Centre in Greatorex Street.

A second man, aged 43, was arrested at the scene on suspicion of murder. He was taken to hospital, where he received treatment for a hand injury, and was then taken to a police station in East London for questioning. A knife was found at the scene of the crime and taken away by the police.

The police have confirmed that their investigation is continuing and will be led by Detective Inspector John Marriott from the Homicide and Major Crime Command. The crime scene remained cordoned off on Tuesday morning. The first reports are that the victim and suspect knew each other and the police are not looking for any other suspects in connection with the incident. A post mortem is scheduled to take place in due course.

Mr Islam was the co-founder of the Ruqya Centre, which offers assistance to those troubled by black magic, sorcery, witchcraft, evil eye and jinn possession. Inevitably, the Evening Standard is reporting the murder by sensationalising Mr Islam’s professional life. The family will be issuing a statement shortly and it is thought that they will be appealing for calm as they mourn the loss of their relative.

Anyone with information is asked to call the incident room on 0208-345-3985. Alternatively, you may contact Crimestoppers anonymously on 0800 555 111 or via crimestoppers-uk.org.