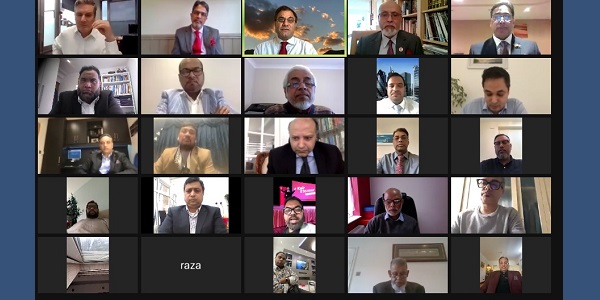 ISSUES WITHIN the hospitality industry as a result of the Covid pandemic were on the agenda when the Bangladeshi Catering Association held a virtual meeting with Kier Starmer MP, Leader of the Opposition, and Lord Bilimoria, founder and Chair of Cobra Beer and current president of the Confederation of British Industry (CBI).

Former President Pasha Khandaker MBE then outlined issues facing their industry, including:
•potential increases of VAT and tax;
•the decimation of curry houses in the “curry capital” Brick Lane due to reduced footfall caused by Covid-19;
•the issue of visas for workers within the hospitality industry;
•the effects that Covid-19 has been having on the BAME community and in particular those working in the hospitality business;
•what the current Government can and should be doing to support businesses within this industry.

After listening to the issues raised by members of the BCA, Keir Starmer and Lord Karan Bilimoria offered their support and advice. Starmer acknowledged how Coivd-19 has been impacting BME communities and he made particular reference to Councillor Abdul Hai’s report on how Covid-19 was impacting the Bangladeshi community.

Sir Keir Starmer stated that there should be no tax rises at this time and that loan and grant repayments should be made in line with a business’s profits.  He closed his remarks by championing the BCA, stating “the BCA must survive”.  He also said that the vaccines were the key to the industry getting out of the current situation, a sentiment shared by Lord Bilimoria. 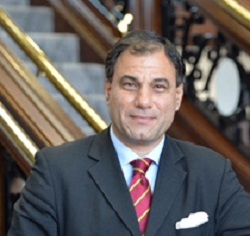 On the topic of vaccinations Lord Bilimoria instilled hope by explaining: “85% of people are ready to get vaccinated. We not only had one but we had three approved vaccines. There are also two more in the pipeline. We will have several in supply. Our regulator the MHRA are the most respected regulators in the world. There is no way they would regulate one vaccine, let alone three, if they were not safe and effective.”

In his final words, Lord Bilimoria championed the BCA and stated that people were missing their restaurants and he recognised the importance these restaurants have in their wider community. Former BCA President Kamal Yakub delivered the closing speech and thanked the chief guests.

Lord Bilimoria and Cobra Beer have been proactive throughout the pandemic in helping those within the industry. More recently, he hosted a talk with Kate Nicholls, Chief Executive of UK Hospitality, during which members of the hospitality industry could seek advice regarding the pandemic.