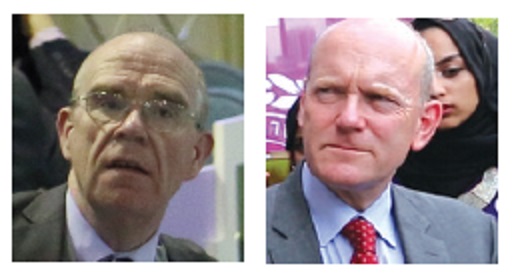 Biggs pledge to refugees: I’ll support a small number… and write a letter!

Tower Hamlets Council met on Wednesday, 16th September – and began with a resolution on the Refugee Crisis in Europe. It was moved by Mayor John Biggs and seconded by Cllr Sirajul Islam, Deputy Mayor. It was a disgrace.

The resolution noted how serious the crisis was and how many people are suffering. It went on to call on the Government to resource the care of refugees – so far, so good. The disgrace became apparent in terms of what Labour’s John Biggs was prepared to do, and how he put it: “our priority will always be local people, but we also have a moral duty to play our own small part as a borough, with financial support from the Government”. Of course the Council has to look after local residents: but where is the humanitarianism?

It’s not in the final part of the resolution – where John Biggs’s resolution calls on “the mayor” (him) to “explore all possible options with an aim to provide support for A SMALL NUMBER of refugee families during this crisis.”

Bizarrely, the Tory Councillors appeared to support the Government’s commitment that the UK should take only 20,000 refugees – with Cllr Andrew Wood alleging that the number of those attempting to cross the Mediterranean into Europe was inflated by the number of people taking a lifestyle decision to become a refugee. Cllr Rabina Khan, looking as if she could not believe her ears, pointed out we were not in the middle of a lifestyle crisis but a refugee crisis.

Labour’s Cllr Dave Chesterton reported that a constituent, himself a refugee in the 1930s, had asked Cllr Chesterton if there was any mechanism for him to make a donation to furnish a flat for refugees to live in. Cllr Chesterton left it there: it was left to Cllr Oli Rahman to move an amendment asking for a facility for charitable collections to be made available. John Biggs brushed this aside, saying that the trade unions were keen to organise collections, implying that would do. If you want to make donations, the Labour Council in Islington will take donations from 8am to 8pm six days a week.

Finally, we got another hint at what Labour’s John Biggs is trying to achieve when he speaks about trying to get the council to work together. Biggs (correctly) disagreed with a Tory amendment to add in to the motion that taking 20,000 refugees was enough – but then invited the Tory councillors to sign a letter from him and the whole Council to the Government. That would, he said, be a noble thing for the Council to do. What a lifestyle choice.