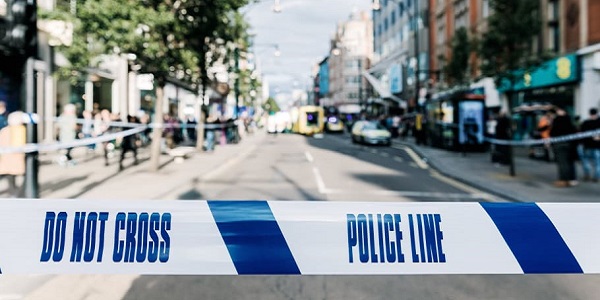 PHOTO: stock photo, Metropolitan police (this is not Earlham Grove).

Boxing Day death in Newham: was it murder?

TRAGEDY STRUCK Newham on Boxing Day, as police found a woman dead at a house in Earlham Grove, E7. They had gone to the property just before midday after receiving reports from people concerned over the welfare of the occupant.

The woman is believed to have been in her 20s. Police are currently working to identify her and her next of kin. A post mortem will be held shortly.

The death is being investigated by homicide detectives from the Metropolitan Police Specialist Crime Command, and a crime scene has been put in place in Earlham Grove.

A 26 year old man was arrested at the scene on suspicion of murder. He remains in custody. Police believe that he and the victim knew each other.

●Anyone who has any information which may assist police is asked to contact the police via 101 and quote reference CAD2000/26Dec. Alternatively you can contact Crimestoppers on 0800-555 111 and give information anonymously.