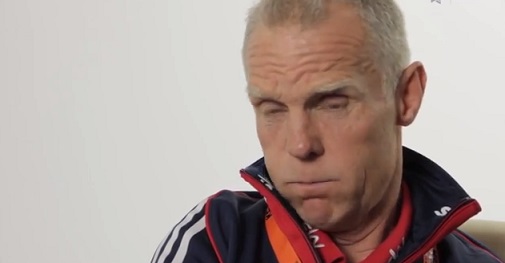 British Cycling has suspended its Technical Director, Shane Sutton, while it investigates allegations that he made derogatory comments to female cyclists and/or para-cyclists in the British team.

The saga began with a disagreement between Sutton and cyclist Jess Varnish, who did not qualify to be part of the British Olympic Team this year and was then dropped by British Cycling. Varnish claimed that Sutton told her she had a “fat arse” and to “go and have a baby” rather than continue competing. Sutton denied having made these statements and claimed her contract was discontinued because her times were dropping and she was no longer a medal prospect.

Varnish made the exchange public because she wanted to change attitudes in British Cycling. Her comments were endorsed by Olympic athletes Victoria Pendleton and Nicole Cooke. Pendleton said she felt that women cyclists were not regarded as highly as male cyclists. Cooke spoke of the dilemma athletes face over speaking out, as this could cost them their careers – while remaining silent was not tolerable and did not help athletes give a good performance. Fellow Olympians Joanna Rowsell Shand, Dani King and Laura Trott disagreed. Rowsell Shand said that male and female cyclists were treated equally on the whole, and both King and Trott said Sutton had never used sexist language towards them.

Sutton initially welcomed the investigation into the dispute which British Cycling began after Varnish went public, seeing it as a chance to clear his name. However, the Daily Mail has now reported that Sutton has also made disparaging remarks about para-cyclists too. British Cycling has now suspended Sutton and widened the scope of the investigation.

The Daily Mail report centred around claims from Darren Kenny, a leading para-cyclist. Kenny detailed comments he had heard Sutton make and also stressed that the general attitude towards para-cyclists was “abysmal” – both in terms of comments made and over practical issues such as access to facilities and time allocated for practice.

Sutton, himself a former cyclist, has worked for British Cycling since 2002 – a period which has seen a spectacular rise in the British team’s performance in international competitions. Professional cyclists and their many fans will hope that this dispute can be sorted out very quickly – without affecting the team’s preparations for this summer’s Olympics in Rio de Janiero.