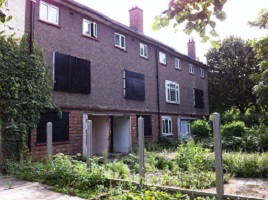 Robin Wales has welcomed a tentative proposal being discussed by the Government to give Councils extra duties to prevent homelessness. However, the controversial Mayor of Newham has insisted that Councils would need extra funding to carry out extra duties.

Speaking on yesterday’s Today programme, BBC Radio 4’s morning news show, Wales said, “If you say somebody’s homeless and I have to house them, I have to have a place to house them. I can’t magic things up.”

Campaigners have pointed out that Wales – whose regime was one of the first in the country to send homeless families out of London, to areas where rents are cheaper –has access to some 500 flats on the Carpenters estate which have stood empty since the deal to sell off the estate fell through.

At the moment, Councils have a statutory duty to help vulnerable people who are homeless – that’s people who are elderly or disabled, or who have children. The duty to house homeless people was reduced to people in these groups in an attempt to cut down on Council expenditure on housing. It was reduced further more recently, when Councils were allowed to discharge this responsibility by finding vulnerable people homes in the private sector, rather than having to provide social housing or temporary accommodation while they waited for social housing to become available.

Now the Government is embarrassed by the number of people sleeping rough – which rose by a third in the year up to February 2016. It is considering giving Councils a new duty to prevent homelessness. The chances of extra funding coming with that new duty are remote – at a time when government funding is being slashed.

Also, if the extent of the help which has to be given is a referral to the private sector, the numbers of rough sleepers are not likely to change. Housing benefit is capped, and in a borough like Tower Hamlets private rents can be tens of pounds a week more than housing benefit will pay. Private flats are well out of the financial reach of most of the homeless – which may well be one of the reasons why the homeless because homeless in the first place.

Government concern for the homeless has come to light after homelessness charities Crisis and Shelter, together with the Chartered Institute of Housing and the National Housing Federation, issue a new report reviewing the law on homelessness in England. They pointed out that the Welsh Assembly requires local authorities to help people avoid becoming homeless within eight weeks of people finding out they may lose their home. The Scottish Executive also requires its local authorities to help find accommodation for all unintentionally homeless people, not just those who are in vulnerable groups.

English Councils often wait until the day the bailiffs are due to enforce an eviction. They expect tenants to turn up at their housing offices on the day – without making it clear what people are supposed to do with their belongings or how they benefit from the uncertainty and stress.

The Government says it has a budget of £139 million to fund programmes to help homeless people and a second budget of £100 million to provide accommodation: these sums would not equip English local authorities to do much to tackle the problem of homelessness, which can only really be changed by providing extra homes. On the other hand, it is also putting a new Housing and Planning Bill through Parliament, which aims to reduce the number of people living in social homes in the UK and which is channelling public subsidy to owner occupiers. If the Bill is passed, homelessness can only increase.